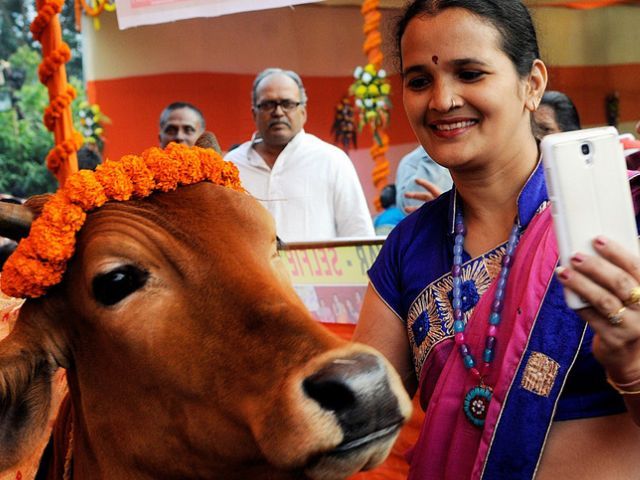 To raise awareness on cow protection and slaughter in India, an organisation in Kolkata conducted a ‘selfie with cow’ contest.

The ‘Go Seva Parivar’ organisation initiated the month-long campaign in November, inviting people to post selfies with cows along with the hashtag #selfiewithgomata on social media.

In Hinduism, cows are considered sacred referred to as “mother cow”.

“We started this great event from last year to create the general awareness that cow protection is not religious but scientific,” a spokesperson from the organisation told reporters.

The winners of the contest were announced on December 20.

“Since selfies are trending right now, this way youth will feel the need to save cows,” one of the selfie contestants added.

The issue of consumption and sale of beef has been a controversial in India, with three people being killed in separate incidents over consumption of beef in the last few months.

In the state of Uttar Pradesh, a Muslim man was allegedly lynched by a Hindu mob for allegedly consuming beef.

The BJP-ruled states such as Maharashtra, Haryana and Rajasthan have enacted tough laws on cattle slaughter.

There are numerous cow protection groups across the country with some groups employing vigilante tactics.

Cow slaughter is effectively banned in approximately 21 out of 29 Indian states.

This article was originally published in Mashable