For a 'better Karachi': Mayor nominee vows to work with all parties

For a 'better Karachi': Mayor nominee vows to work with all parties 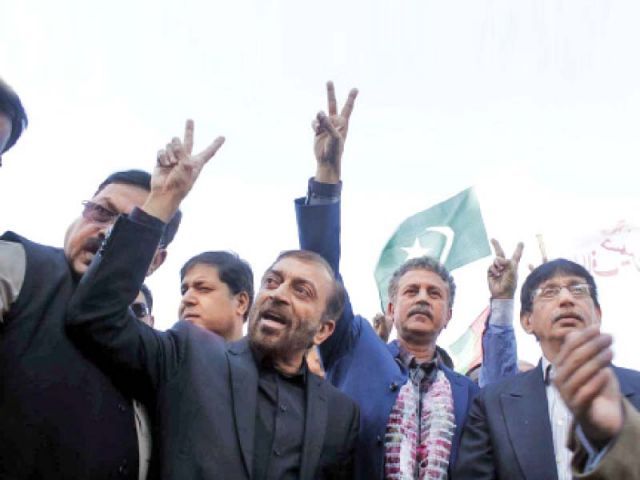 KARACHI: Muttahida Qaumi Movement (MQM) nominee for Karachi’s mayor, Waseem Akhtar, said on Friday that he will work with rivals for the city’s betterment.

“In the interest of the people living in Karachi, we will set aside all differences and work with the Pakistan Peoples Party, Pakistan Tehreek-e-Insaf and the Jamaat-e-Islami,” said Akhtar after arriving in the city from London.

The MQM leader was greeted by zealous workers and showered with rose petals at the Karachi airport and again upon reaching the party’s headquarters, Nine Zero. MNA and the party’s newly appointed senior deputy convener, Dr Farooq Sattar, accompanied him.

“MQM has faced difficult times and suffered brutalities but we have always remained tolerant and steadfast,” said Akhtar. He added that after taking oath, elected representatives will be seen working day and night to sort out the city’s myriad issues. He explained that they [elected representatives] will work for everyone equally, including those who did not vote for the party in the local government elections.

The party’s nominee for deputy mayor, Arshad Vohra, said they will start a legal campaign to get the mayor’s rights back. “If we are not given power through the court or Sindh Assembly, we will come on to the streets to demand justice,” he stated.

Sattar said Karachi is central to the country, if it runs well, only then will the country run well. “The mayor doesn’t have any powers, but even without the resources and authority, we will try to develop Karachi,” he claimed.