‘Bajirao’ goes under the knife in Pakistan

‘Bajirao’ goes under the knife in Pakistan

Punjab censor board only entity to clear uncut versio­n of film
By Our Correspondent
Published: December 15, 2015
Tweet Email 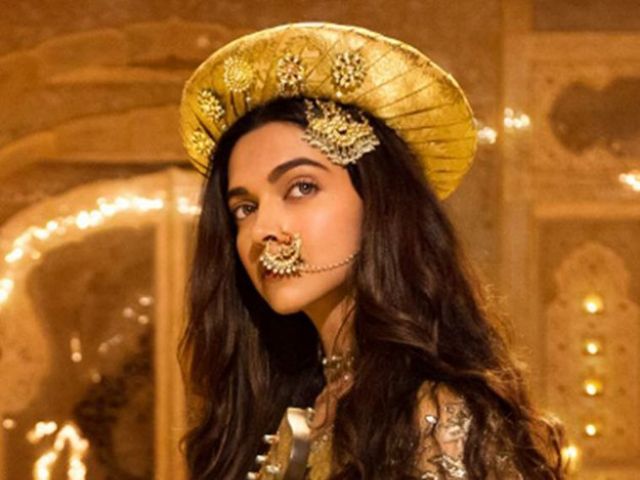 It seems that Bhansali fans and critics aren’t the only ones keeping a watchful eye on the upcoming Bajirao Mastani. With hype surrounding the film’s close connect with the history of the subcontinent, the Central Board of Film Certification (CBFC) of Pakistan was bound to review it closely. Only a few days to go till the movie’s release, it has already run into a roadblock with the CBFC as the board has not allowed the film to be screened, so far.

Mobasher Hasan, chairman of the CBFC, told The Express Tribune the reason behind the decision. “Firstly, the film is in Hindi and our ordinance does not allow Hindi films to be screened,” he said. “Secondly, it is a historical drama that is indirectly against Islam and Muslims,” he further added.

Box office analysis: Will the force awaken in Pakistan?

Although it was expected that intimate scenes and certain action sequences might prompt such a decision, Hasan clarified this was not the case. “There are intimate scenes in the film but they were not a major concern for the panel,” he noted. While the film was rejected by a panel initially, local distributors have called for a full board review of the film, once again.

Where the CBFC has not cleared the Ranveer Singh and Deepika Padukone-starrer for release, the censor board of Punjab has cleared the film without any cuts. “While it has a few intimate scenes, it remains a historic film at large with a few lessons in history, so it has been passed uncut,” revealed a section officer of the provincial board.

According to Abid Rasheed, executive director of IMGC, the movie features no major intimate scenes as compared to Ranveer and Deepika’s last film Ram-Leela. He said although the film was passed uncut by the censor board of Punjab, there have been a few cuts made to the movie by the Sindh Board of Film Certification (SBFC). “The SBFC has only made a cut of around 15 to 20 seconds in the opening sequence of Bajirao Mastani. I don’t think that would hamper the quality of the film,” stated Rasheed.

As the CBFC was expected to censor the movie on Tuesday evening, Rasheed remained optimistic about the movie being cleared by the full board. “If it has already been cleared by two other censor boards [Punjab and Sindh] in the country, then the CBFC will also, hopefully, approve it,” he reasoned.

Earlier this year, Resham’s Swaarangi was banned by the CBFC due to the controversial nature of its content. It was only after the film’s producer Mazhar Abbas requested the full board to view the film that the decision was ultimately reversed. In 2014, the CBFC had blocked the release of Shahid Kapoor’s Haider, claiming the film was against the “ideology of Pakistan,” while certain sequences from Aamir Khan’s PK were also cut. The CBFC had not given a revised verdict on the certification of Bajirao Mastani until the filing of this report.

It’s game on for Michael Fassbender