Mahira among top 10 'Sexiest Asian Women' along with Priyanka, Sonam

Mahira among top 10 'Sexiest Asian Women' along with Priyanka, Sonam 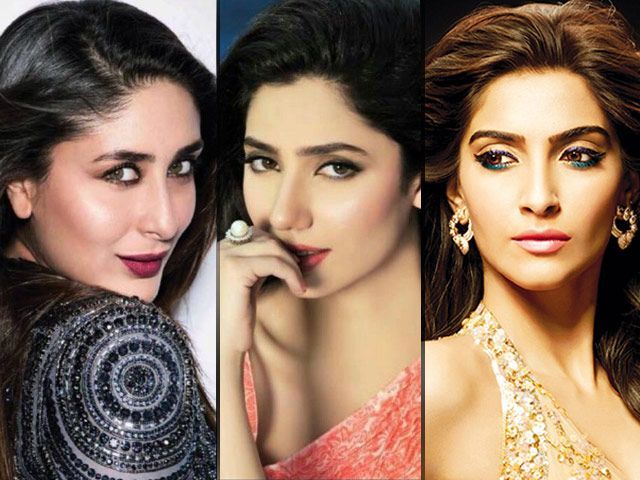 The list has been published by UK-based newspaper Eastern Eye

Mahira Khan makes headlines once again as she makes it to a list of this year’s 50 ‘Sexiest Asian Women’ in the world.

Mahira — who will be making her Bollywood debut alongside megastar Shah Rukh Khan in Raees — is a new entrant on the list which has been published annually for almost a decade now.

Here’s what Mahira has to say about working with Fawad, Shah Rukh: Much to our surprise, Bollywood beauty Deepika Padukone was ranked number four this year. Katrina Kaif, who was declared the Sexiest Asian Woman in 2014, was ranked fifth. Mahira is not the only Pakistani personality on the list. Supermodel Mehreen Syed has consistently been voted among top 50 Sexiest Asian Women since 2009. She bagged the 38th spot this year. The sexiest woman, Priyanka Chopra was ecstatic after the list was published. “Now that’s a title I’m happy to hold on to. I’m bringing sexy back. A big thank you to those who have voted for me. Also, thank you to Eastern Eye for making me feel sexy. Well, at least for another year. A piece of advice to the ladies – it’s all in the mind. Remember, sexy is as sexy does,” she was quoted as saying by NDTV.

“What continues to make this list really special is the strong presence of ‘real women’ who the public can relate to. Most fans look at the all-round qualities of those they are voting for and that is why more women than men vote annually,” said Asjad Nazir, Eastern Eye Entertainment Editor and founder of the list.

The complete list of 2015’s 50 Sexiest Asian Women was published in Eastern Eye on December 11.