Kashmi­ris are the main party to the disput­e, and withou­t includ­ing Kashmi­ri leader­ship the talks will not succee­d
By Our Correspondent
Published: December 11, 2015
Tweet Email 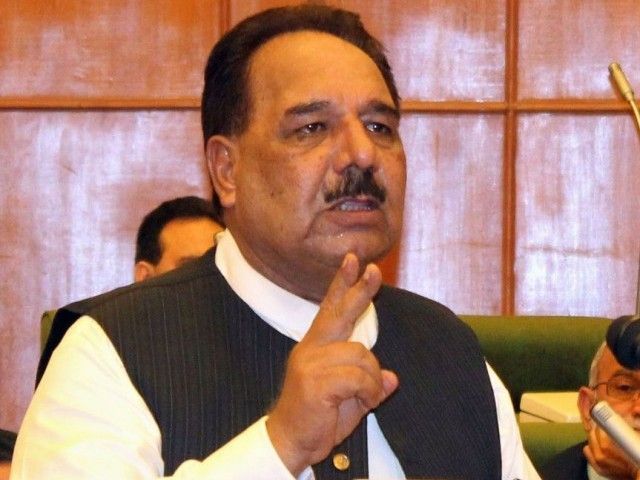 AJK Minister for Rehabilitation Abdul Majid Khan told a seminar on human rights in Muzaffarabad on Thursday that the decision to hold dialogue. PHOTO: AFP

Leaders in Azad Jammu and Kashmir (AJK) hailed the resumption of dialogue between Pakistan and India.

AJK Minister for Rehabilitation Abdul Majid Khan told a seminar on human rights in Muzaffarabad on Thursday that the decision to hold dialogue, announced after bilateral talks in Islamabad on Wednesday, had been hailed in the city and in Srinagar. “Kashmiris are the main party to the dispute, and without including Kashmiri leadership the talks will not succeed.”

The chief patron of Kashmir Concern, Professor Nazir Ahmad Shawl, said that when armed forces were given powers to raid and kill anyone they were forced to pick up the gun.

Human Rights Activist Dr Shaikh Waleed Rasool said that 1.5 million Indian soldiers had been deployed to watch the 4.5 million innocent people in the Kashmir valley. He asked how could they expect protection of rights with such heavy military presence.

AJK Minister for Colleges Matloob Inqilabi, along with dozens of protesters, presented a memorandum to the United Nations Military Observers Group for India and Pakistan (UNMOGIP) in Muzaffarabad.