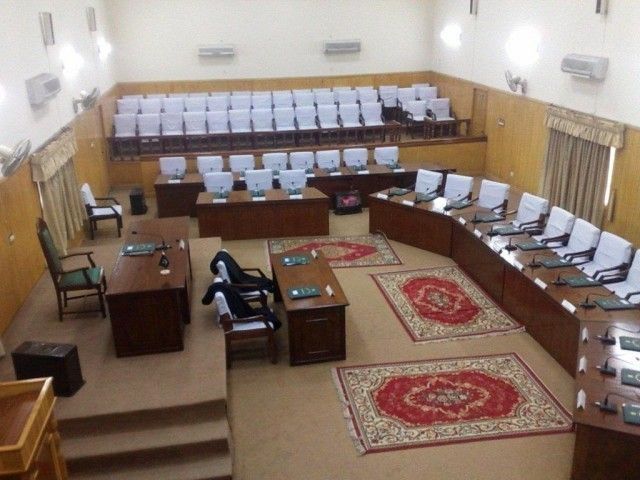 A file photo of the Gilgit-Baltistan Provincial Assembly. PHOTO: EXPRESS

GILGIT: Gilgit-Baltistan Legislative Assembly passed a bill instating policy for power generation in the region on Thursday. The policy, prepared by the G-B Council from the previous government, was presented in the house by senior minister Akbar Taban, who is also minister for water  and power.

Under the policy, financiers will be able to invest in G-B to generate power, said Taban about the policy that was approved by the house. “In return for investment, investors will have to pay certain amount of royalty to the government,” Taban told the house. The session was chaired by speaker Fida Nashad and was attended by G-B Chief Minister Hafeezur Rahman, among others.

To explain the bill, the minister gave an example, saying if a private company generates one megawatt of power in G-B, it will have to pay Rs2.6 million as revenue to the government.

At least four other bills were tabled in the house on Thursday for approval. The bills, including the sound system regulation act, will be discussed and debated in the next session.

Nashad referred the bills, tabled by parliamentary secretary law, to a committee for review.

The house also unanimously adopted a resolution that called for posting regional police officials in other provinces of the country.

The resolution tabled by Iqbal Hasan also demanded a quota for G-B police in police departments of other provinces. The house was adjourned till Friday.

Over 10 feet of land: Locals in Thore Valley stop construction on Bhasha dam