Polio eradication campaigns cover only a fraction of the city

Polio eradication campaigns cover only a fraction of the city 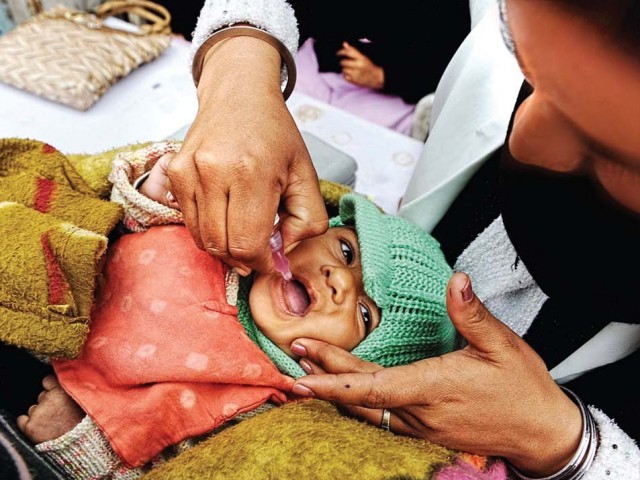 Volunteers are discouraged because salaries are not paid on time.

KARACHI: Out of the estimated 15.1 million people in the city, only three million of them are covered by the anti-polio campaign, which has been held eight times since 2002.

According to officials in City District Government Karachi (CDGK) health department, there are only 2,820 lady health workers, 110 lady health supervisors and 46 drivers in the city who are used for the door-to-door campaign. The city needs, however, at least 15,000 lady health workers to carry out these polio campaigns effectively.

The induction process of lady health workers is also inefficient as they always hail from rural areas and serve only those people who live close by, said an official.

Extended Programme of Immunisation project director Dr Mazhar Ali Khameesani told The Express Tribune that there is no provision for hiring volunteers for urban areas. Those who are hired from rural areas cannot be taken away from their respective catchment areas, he added.

According to a CDGK official, financial issues have prevented volunteers from joining anti-polio campaigns. The Supreme Court passed orders that the monthly salary of a lady health worker cannot be lower than Rs7,000 and since the departments are short of funds, payments can be delayed for several months at a time.