Six injured in bomb attack on a Hindu gathering in Bangladesh

Six injured in bomb attack on a Hindu gathering in Bangladesh 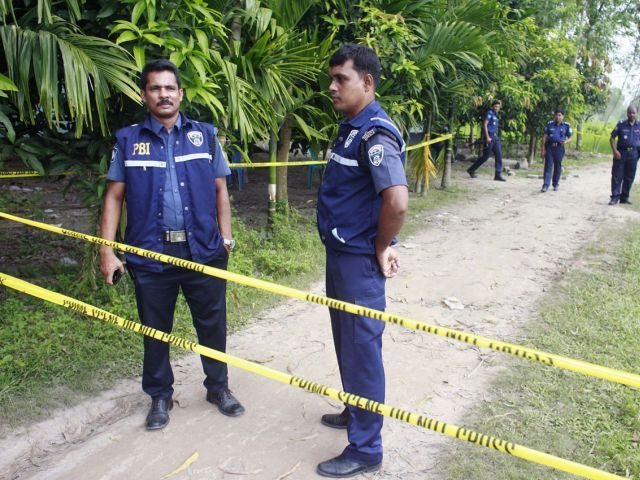 DHAKA: At least six people were injured, with three in a critical condition, after a series of bomb blasts on Saturday at a Hindu religious gathering in northern Bangladesh, a police official said.

The attack follows the shooting and wounding of an Italian doctor working in the same region last month, and the earlier murders of an Italian and a Japanese citizen in separate attacks claimed by Islamic State.

The latest incident occurred in Dinajpur district, 415 km (260 miles) north of the capital Dhaka when a series of bombs exploded as hundreds of devotees attended a religious ceremony known as “Rushmela”, Abdul Mazid, the officer in-charge of Kahalur police station, told Reuters.

The attack came after recent threats to the temple’s priest, urging him not to organize any religious gatherings, Mazid said.

Five people had been detained for interrogation, he said.

The country has suffered a rising tide of  violence over the past year. Four online critics of religious militancy have been hacked to death, among them a US citizen of Bangladesh origin.