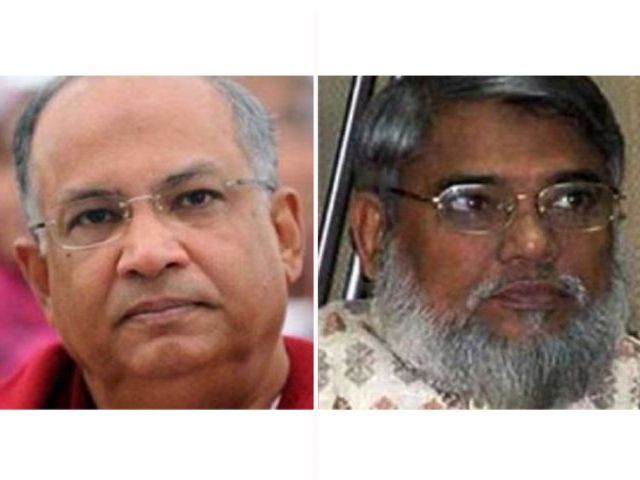 ISLAMABAD: The Foreign Office summoned on Monday the acting high commissioner of Bangladesh, and rejected assertions of “complicity in committing crimes or war atrocities.”

“The Government of Pakistan rejects the baseless and unfounded assertions of the Bangladesh government, a statement said, adding “Nothing could be further from the truth.”

Earlier, Pakistan had lodged a protest and conveyed its concerns over the recent executions of two opposition members in Bangladesh.

Salauddin Quadir Chowdhury, leader of the Bangladesh National Party, and Ali Ahsan Mojaheed of the Jamaat-e-Islami, were hanged on November 22 in Dhaka’s Central Jail, after which the FO expressed ‘shock and anguish’ over the ‘unfortunate executions’ – a move that invited the wrath of the Bangladeshi government that called it ‘unacceptable interference’ in its internal affairs.

Pakistan also reiterated its resolve for friendly relations with Bangladesh.

“It is regrettable that attempts have been made by the Government of Bangladesh to malign Pakistan, despite our ardent desire to develop brotherly relations with Bangladesh,” the statement said.

“Pakistan believes the peoples of both countries not only want to maintain but also further strengthen the bonds of friendship and  brotherhood. However, sadly, the Government of Bangladesh does not seem to respect these sentiments.”

It said that as part of the 1974 Tripartite Agreement, the bedrock of relations between the two countries, Pakistan emphasised in its statement that Bangladesh had “decided not to proceed with the trials as an act of clemency.”

“It is important for the two countries not to forget the role played by their people in the struggle for the establishment of a separate homeland for the Muslims of the South Asian sub-continent. It is, therefore, imperative to move forward in the spirit of goodwill, friendship and harmony for the collective good of the peoples of Pakistan and Bangladesh,” the statement concluded.