Are some lives dearer than others?

Are some lives dearer than others? 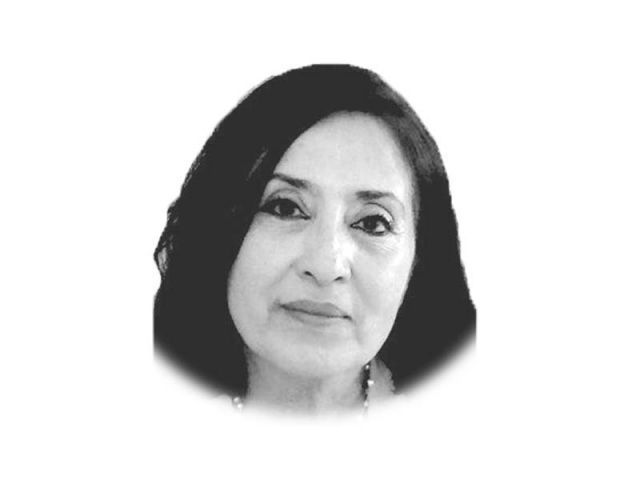 The writer is a journalist with over 30 years of experience

If the world bypasses December 16 without remembering the 141 massacred in Peshawar a year ago, never mind. Instead, let the whole of Pakistan stand together to showcase solidarity-in-grief. While Europe and America continue to mourn the 130 victims of the three-week-old Paris tragedy, stationing their television crews to cover the carnage and it aftermath ceaselessly and often focusing on stories that have gone cold, Peshawar remains a mere dot on their radar screens. Even President Obama recently drove straight from Paris’s Orly Airport to the famed French concert hall, the Bataclan, to pay tribute to those killed. For Peshawar martyrs? Just a passing reference in his State of the Union address to Congress last January.

Pakistan has been in the firing line of terrorists for over a decade. Several thousands have perished and yet the West has not taken note. Watching the West go into overdrive against the terrorists who killed French citizens, my mind kept reeling back to December 16, when seven gunmen belonging to the Tehreek-i-Talban Pakistan entered the Army Public School to shoot, burn and butcher 132 schoolchildren, ranging in age between eight and 18 years. The militants, all of whom were foreign nationals, one Chechen, three Arabs and two Afghans, entered the school, turning it into a killing field, slaughtering indiscriminately the staff and children.

Imagine the suffering of parents, brothers, sisters and relatives whose wounds will open up once again when they observe the one-year barsi of their loved ones, so cold-bloodedly murdered at the hands of these terrorists? Will the world remember them? No. Will President Obama recall Peshawar when he takes up the podium once again in January to address Congress? No! But, he’ll certainly dwell at length on Paris!

So this brings me to the conclusion that some lives are dearer than others. Only one journalist has had the courage to point out the difference between how Europe and America reacted to the French tragedy compared to terrorist attacks elsewhere in the world. Aryn Baker is TIME’s Africa correspondent. She has also been the magazine’s Pakistan-Afghanistan correspondent. Her column’s headline in TIME is an eye-opener: “Beirut wonders if some terror attacks mean more than others”. Baker begins by saying that more than 40 died in Beirut in an Islamic State (IS) terror attack a day before the Paris strikes, but Lebanese victims haven’t received the same attention. “I’m not much of a mathematician, but back when I was a correspondent in Pakistan and Afghanistan in the middle 2000s, I tried to make sense of the barrage of terror attacks by developing my own little algorithm. I called it Taliban math. The first suicide bombing — in a market, in a capital city, in a school — was international news. In order for the next bombing to make a story, the number of dead had to be exponentially higher. I tried to pin down a ratio: how many Pakistani or Afghan dead would it take to generate the same newsworthiness as the death of an American?”

Baker says that she thought about the terror attacks that unfurled both in Beirut, where she was based from 2010 to 2014, and Paris, where she lived in the late 1990s. “The Beirut bombings, on November 12, killed 43. A pair of motorcycle-mounted suicide bombers left a further 200 injured.” While it was a news item and was cited as the worst bombing since Beirut’s civil war ended in 1990, geopolitics also came into play. The attack was claimed by the IS, but since it took place in a neighbourhood that was a stronghold of Hezbollah, which is fighting in Syria on behalf of President Bashar al-Assad, with backing from Iran, the international coverage didn’t care to consider reporting the tragedy in depth, she writes.

The Paris victims were named, their brief biographies sketched out by the media to give the tragedy a human touch. The disparity of news coverage between the Beirut and Paris attacks, one day apart, and claimed by the same terror group, is striking. Geopolitics always rears its ugly head. “Until there is some recognition that an Isis attack or al Qaeda attack on one country is an attack on all, terrorism will be everybody’s problem — a problem that won’t be solved,” concludes Baker.

Men and their machines