Children's rights: Speakers reveal what your child is not telling you

Children's rights: Speakers reveal what your child is not telling you 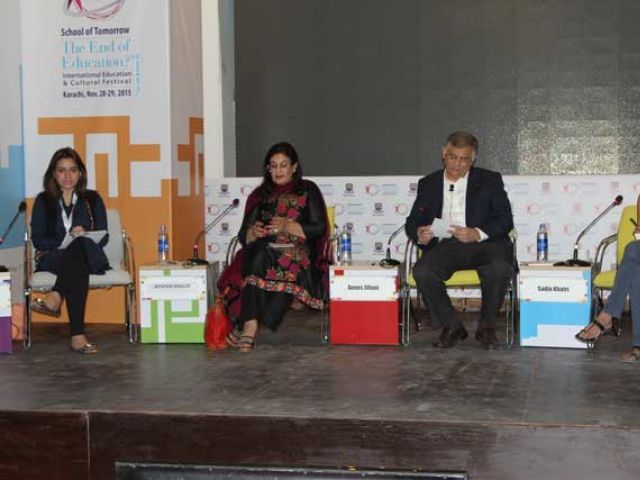 KARACHI: The session ‘What your child is not telling you’ at the second day of the School of Tomorrow conference drew a huge crowd of parents, in which speakers discussed the important issue of child sexual abuse.

Supreme Court of Pakistan advocate and founding member of the Society for the Protection of the Rights of the Child (SPARC) Anees Jillani spoke about the ever-prevalent issue of child abuse and sought answers to what can be done to improve matters at home and in school.

“As far as matters of sexual abuse are concerned, I have noticed that kids do tend to share it with someone older, mostly mothers,” said Jillani. He added that it is usually the mothers who shush them and insist on quieting them, especially when the victim is a girl.

How to save the earth: Speakers tell audience to start battling climate change now

Highlighting the problem from the children’s perspective, Jillani said that it takes a lot of courage for a child to speak the truth, as parents usually do not deal with such news positively. “It is not like parents have much choice either,” he added.

Sadia Khatri from Girls at Dhabas agreed with the fact that society doesn’t offer many options when it comes to involving police or infrastructure for rehabilitation. But according to her, familial confrontation is possible. “I have not met anyone in my inner circle who has not been abused to some level,” said Khatri, adding that in most cases, the perpetrators are the people you trust the most.

Bringing the lens of education to the forefront, School Evaluation general manager Afshan Khalid shared an experience with the audience. Khalid said that a third grade art teacher once came to her and spoke about how a student’s drawings had taken a strange turn due to some disturbance at home. Referring to that story, Khalid said that teachers play as much a role in a child’s life as parents do. She believes that the most important thing is dialogue and said, “You see, mothers do have puberty talks to a certain extent with girls, but what about sons? No one talks to them about the changes that are coming in their lives.”

Striving for harmony: Education as a tool for peace building

Speakers concluded that even though grades are important for a child’s success, ingraining life skills holds far more significance, including building a strong parent-child relationship. “We have to become good listeners and respond rather than react to what our child says,” said Khalid. Khatri and Jillani agreed that medical consultation should be the last resort when it comes to dealing with matters of abuse.

Modern inconveniences: How to protect yourself digitally