Barca down Chapecoense in emotional friendly 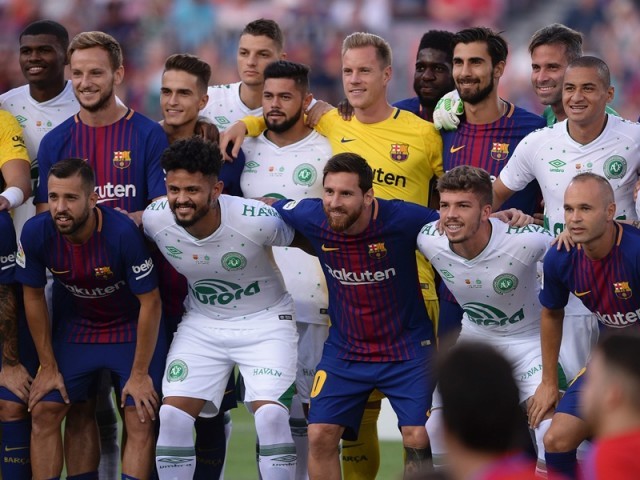 The sides clash in the Recopa, the South Americ­an equiva­lent of Europe's Super Cup

Team's last match was the day before the crash. Palmei­ras beat them 1-0 to win the Brazil­ian league­

Chapecoense player wakes up from coma, has no memory of crash

Known for his last gasp save in semi-final, Danilo was killed in air crash last month

Fallen but not forgotten: Sudamericana title awarded to Chapecoense

Ronaldinho to play for Chapecoense?