The story is set in Hertfordshire, wherein reside the Bennets, a family of five daughters, highly skilled in the ninja arts; their mother, highly anxious to marry them off; and their sardonic and amusing father. Hertfordshire is, like the rest of England, currently overrun with hordes of the Undead, and the classic countryside atmosphere of the novel is punctuated with references to zombie massacres and carnage.
Shumaila H July 04, 2010
Title: Pride and Prejudice and Zombies

Outline: The story is set in Hertfordshire, wherein reside the Bennets, a family of five daughters, highly skilled in the ninja arts; their mother, highly anxious to marry them off; and their sardonic and amusing father.  Hertfordshire is, like the rest of England, currently overrun with hordes of the Undead, and the classic countryside atmosphere of the novel is punctuated with references to zombie massacres and carnage.

Mrs Bennet’s matrimonial hopes for her daughters are excited when two young and eminently battleworthy men move into the neighbourhood.  Mr Bingley is charming and wealthy, but his friend Mr Darcy, while undoubtedly wealthier and more skilled in the deadly arts, is proud and overbearing.  Early on in the novel the latter clashes with the daring and poised Elizabeth, heroine of the story, and is saved from being chopped to pieces only by the entrance of another horde of zombies that distracts their attention.

The story follows Elizabeth and her family, with elder sister Jane’s disappointment at the hands of Mr Bingley and later on the entwining fates of Mr Darcy and Elizabeth.  What stops the classic from degrading into a mere romance story is, of course, the zombies.  This poignant tale of acceptance and love, of Darcy’s overcoming his pride and Elizabeth her prejudice is given an added zing with interruptions by brain-eating corpses, displays of ninja arts, and scenes of deadly bloodshed and destruction.  Even the heartwarming ending is caked with blood and gore as much as it is laced with reconciliation and romance.

Recommendation: Girlfriend bugging you to read P&P? Thoughts of sitting through 200 or so pages of a sickly classic enough to make you retch? This is your easy way out, m’man.  If you’ve read P&P already, you will love the changes in the book, and if you haven’t you will enjoy making your acquaintance with Elizabeth and the famous Mr Darcy in the most amusing way possible.  Recommended for everyone who isn’t into classic romance but still wants to know what all the fuss is about, and of course, for anyone who loves Zombies and can’t get enough of them.  This is a must for any library devoted to the Undead.

Opinion: I really liked the original Pride and Prejudice, and I had read it about a hundred times already by the time I picked up P&P&Z.  Since Pride and Prejudice and Zombies follows the original story about 85% of the time (even the original wording), it was a bit boring for me, but I still found it enjoyable.  The zombie references are well-timed and hilarious, and Seth Grahame-Smith has adapted the story to an outlandish theme in the most seamless way – you can hardly tell that the original story didn’t have a place for zombies in it.  There are some obvious alterations in the characters (Charlotte, for instance) and the plotline, but for the most part the story remains the timeless classic.  A very entertaining read for a boring weekend.

Pride and Prejudice and Zombies has been adapted into a graphic novel, and is reported to be adapted for a 2011 film directed by David O. Russell and starring Natalie Portman as Elizabeth Bennet. 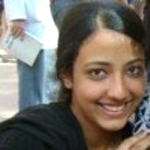 WRITTEN BY:
Shumaila H A medical student with an undying love for books and literature.
The views expressed by the writer and the reader comments do not necassarily reflect the views and policies of the Express Tribune. Do judge a book by its cover