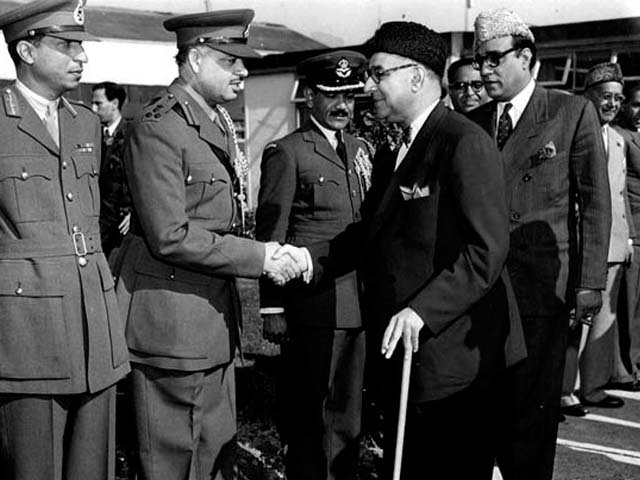 The Rawalpindi Conspiracy: The history and legacy of Pakistan’s first coup attempt

In more than a few ways, General Akbar Khan’s adventure of 1951 has cast a long shadow on Pakistani politics
Ibrahim Moiz February 04, 2021

This month marks the 70th anniversary of the first military coup plot in Pakistan’s history: the so-called “Rawalpindi Conspiracy” against Liaquat Ali Khan’s cabinet in February 1951. Comprising a curious cast of characters led by the distinguished ground forces commander General Akbar Khan, the 1951 coup plot differed from its many successors in Pakistani history in that it was the only such military plot to receive support from the political far-Left. Nonetheless, it set a pattern that has repeated itself in Pakistani history, where officers frustrated with various real and imagined shortcomings of the civilian leadership decide to seize power.

Left out? The Pakistani Left and Liaquat Ali Khan

The broad popularity of Pakistan’s first prime minister has never been shared by the Left. This is hardly surprising given that Liaquat Ali Khan’s government, like many other newly independent post-colonial governments, banned the country’s communist party. Mutual mistrust of communism was widespread among Pakistan’s founders – Muhammad Ali Jinnah blamed his hostile reception at Dhaka in 1948 partly on the agitation of “a few communists” – and it rested on two factors: first, that like most postcolonial leaders the Muslim League founders came from a background unlikely to view communism with any warmth; and second, that various communists in the Global South at this early stage of the Cold War made no secret of their aspirational links to the Soviet Union.

The regional communists’ own view of the Pakistan Movement had been decidedly unenthusiastic – viewing it as both reflective of bourgeois Muslim interests and inordinately influenced by religious politics. Sajjad Zaheer, the West Pakistan communist secretary-general, had initially supported, then opposed the idea of Pakistan in the 1940s, and eventually accepted it as a fait-accompli; his stance was openly transactional. Unlike other early sceptics of the Pakistan Movement – such as Islamist ideologue Abulala Maududi’s Jamaat party, which had initially criticized Pakistan as insufficiently authentic to Islam, but which quickly supported the new country once it had been founded – the communists lacked any political common ground on which to repair their relations with the fledgling Pakistani state.

Sold out? The Kashmir campaign and Liaquat Ali Khan

If Liaquat Ali Khan’s aristocratic background and largely conservative politics condemned him to the Pakistani Left, some officers viewed the prime minister with misgivings for an entirely different reason. They saw the government’s agreement to a ceasefire with India over Kashmir in 1949 as premature and overly cautious; in retrospect, it may be added that their scepticism about the United Nations-mediated plebiscite stipulated by the ceasefire proved justified, given that no such plebiscite has ever taken place. The fledgling Pakistani government in 1949 had justifiable doubts about its ability to wage a protracted war with India, but perhaps understandably the result – a divided Kashmir whose capital and east remained in Indian hands – embittered many veterans of the war.

Foremost among them was “General Tariq” Akbar Khan, the first ground commander of the Pakistani army. Restless and ambitious, he had played a major role in mobilising, planning, and leading the Kashmir campaign; thus he resented both British restraints on Pakistan and the government’s capitulation to such pressures. Other military dissidents included Mohammad Janjua, the senior-most air force officer at independence and another key planner; General Akbar’s former commander Nazir Ahmed, now retired; and General Akbar’s former lieutenant, Mohammad Abdul-Latif, who now served as Quetta commandant. Most such officers did not belong to the Left but shared, for different reasons, its dissatisfaction with Liaquat Ali Khan.

Connecting these circles was the famous leftist poet Faiz Ahmed Faiz, a former soldier who had fought under General Akbar in Kashmir. General Akbar’s wife Nasim Shahnawaz helped arrange meetings where Akbar promised the communists that he would rescind their ban in return for their levying support among the working class for a military government. The communists’ own motivation can be summed up by Zaheer’s statement that the path to socialism required “a jump at any adventure” – better to be within the loop than without. Unfortunately for them, several plotters soon regretted the venture and leaked the plot to army commander Ayub Khan, the only officer above Akbar in the hierarchy and one who would prove a strident anti-communist. Ayub thereby imprisoned the plotters who were put on trial.

General Akbar’s personal popularity as well as the resonance of the Kashmir angle lent the plotters considerable public sympathy, even within the elite. Huseyn Suhrawardy, the former Bengal premier who would later become Pakistani prime minister, took on General Akbar’s defence as a personal project. Both of the plotters received relatively light sentences; indeed, General Akbar would be excavated by Zulfikar Bhutto as a security advisor in the 1970s – at a point, not unironically, where Bhutto was cracking down on eftist insurgents in Balochistan.

In the short term, the Rawalpindi Conspiracy proved more titillating for Western diplomats – who, in these early years of the Cold War, saw signs of communist “world government” in much less – than it impacted events. The much-maligned Liaquat Ali Khan was assassinated later that same year, but it had nothing to do with the conspirators; meanwhile, Pakistan’s political instability of the 1950s helped Ayub, an arch-rightist officer, seize power in 1958. During his decade in power the Left was systemically repressed – as it was, after a brief early flirtation, by Bhutto, before Mohammad Ziaul Haq delivered the coup de grace in the 1980s. The truth was that the Left was never as popular across the Pakistani public as it liked to imagine itself. Today, Pakistan’s Marxists have either retired into comfortable sinecures at business universities or else reinvented themselves as neoliberal democrats. The perfect storm of a popular figurehead in General Akbar and a popular cause in Kashmir was the closest they have ever come to taking power.

More relevant is the role of the army in politics. General Akbar led the first of what were to be many coup attempts in Pakistani history; ironically Ayub, who thwarted his attempt, established the first military dictatorship. Even when the aim has not been a military regime, activist officers have played a role; for instance, in December 1971 it took a mutiny by Furrukh Ali to end Yahya Khan’s junta and install Bhutto, while Ziaul Haq survived at least two coup attempts over his regime. Along with condemnations of civilian ineptitude, the Kashmir cause has similarly often catalyzed such interventions – most notably when Pervez Musharraf seized power after accusing former Prime Minister Nawaz Sharif of having sold out the 1999 campaign in Kashmir. In more than a few ways, therefore, General Akbar’s adventure of 1951 has cast a long shadow on Pakistani politics. 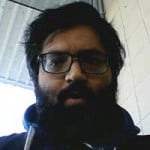 The writer has studied contemporary conflict with a particular focus on Afghanistan and Syria from the University of Toronto. He tweets @SyedIbrahim1137. 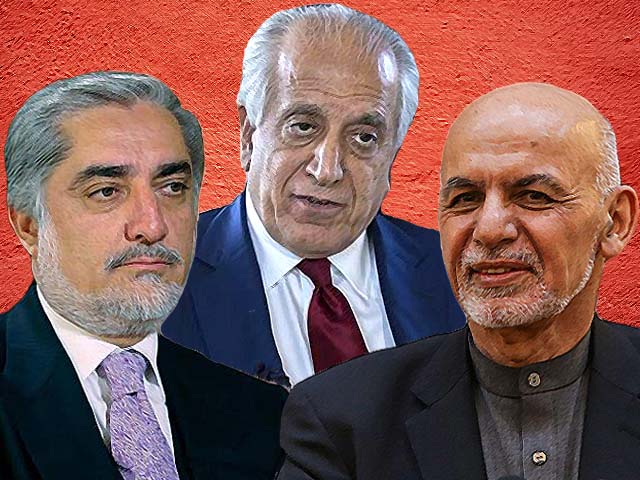 What does the future hold for Afghanistan after the Doha deal?