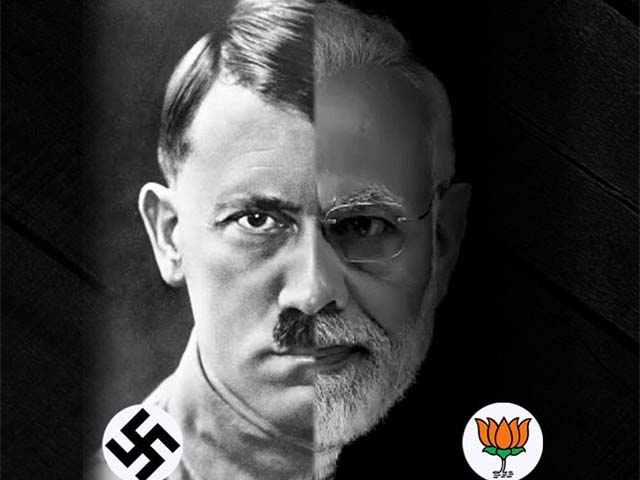 Comparing Modi to Hitler or any brutal leader will benefit no one and will only dilute his actions in the international discourse. PHOTO: TWITTER/ PTI 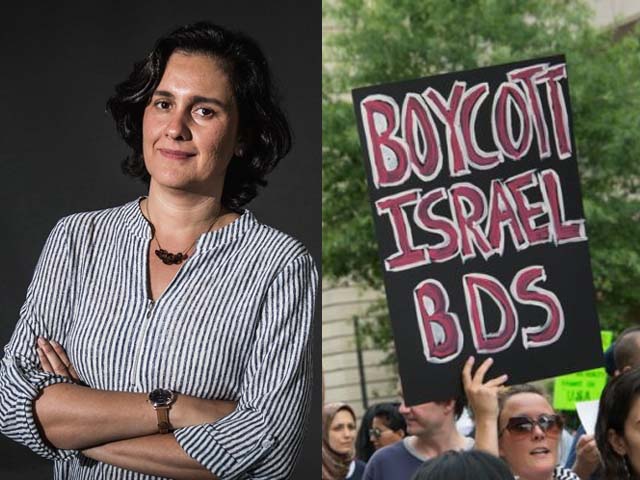 As a German, I am offended by Imran Khan’s comparison of Modi to Hitler

As a German whose grandparents witnessed Hitler's barbaric acts, I take issue with the belief that Modi is the same.
Patrick Oelkrug September 13, 2019

I wholeheartedly understand Imran Khan’s anger in light of India’s decision to revoke Article 370 in occupied Kashmir and plunge the region into chaos. After all, Imran had been advocating vociferously for increased dialogue between India and Pakistan, yet Narendra Modi‘s government did not reciprocate the sentiment. While Modi’s actions in Indian-occupied Kashmir (IoK) undoubtedly deserve to be condemned by the international community, I feel that comparing the Indian prime minister to Adolf Hitler is rather extreme and unnecessary.

As a German whose grandparents witnessed the barbaric acts unleashed by Hitler, and as someone who was made to study the Nazi reign of terror in school, I take issue with the belief that Modi is the same as Hitler, and would like to substantiate my claim. This is not least due to my political sensitisation in dealing with the past of my country and my constant effort to clarify the darkest chapter in German history (1933-1945).

Most historical comparisons with Hitler are largely nonsensical and contribute little towards the clarification of the actual problem at hand. We have regularly seen that on the political landscape people are often casually referred to as ‘Hitler’ in order to demonise them; because the very name is generally synonymous with absolute evil. For example, Saddam Hussein was the new Hitler for both Georg HW Bush and his son George W Bush; and this view was used as a justification for the United States government to wage a war against Iraq.

Another problem with equating people to Hitler is that the attribution runs the risk of preventing the possibility of reaching a peaceful understanding and future negotiations. So far, in contrast to the Nazi regime, no systematic murder of all Muslims with all available state resources has taken place in India. There has also been no systematic elimination of the political opposition.

I wondered, therefore, what prompted Imran to compare his Indian counterpart with Hitler and, as a result, I delved into Modi’s politics and his impact on India.

With his constantly growing racist and brutal initiatives against Kashmiris, Modi has developed himself as the Hitler of the East. His Hindu Supremacist ideology will cause chaos in the entire region if timely action is not taken #StopHitlerModi pic.twitter.com/g9PdHParwo

The true face of Narender Modi stands exposed as Pakistan gains notable diplomatic support for the Kashmir cause in UNHRC. Kashmir may be in pitch black darkness right now but the voice of Kashmiris is resonating all over the world. #IndiaBustedAtUNHRC pic.twitter.com/NRpMvdacCM

Although the comparison in my view is unjustified, the brutal killing of Indian Muslims in the Gujarat riots in 2002 were a result of the fact that Modi essentially turned a blind eye towards the violence which was unleashed in his state. Additionally, the central government did not seize the opportunity to declare a state of emergency. Beyond the events in Gujarat, the recent developments in the country are generally worrying since it appears that, under the Modi regime, a paradigm shift has taken place. Undeniably, India is increasingly suffering from the consequences of growing Hindu nationalism as a result of racist and fascist elements taking root.

The lynching of Indian Muslims has become commonplace while state institutions silently watch without intervening. The National Register of Citizens (NRC) in Assam is also seen by many as an attempt to marginalise the Muslim community in India. The situation in IoK, in particular the revoking of Article 35A, is seen as a means through which the Modi government can change the demographic composition of IoK. But it appears that this brand of fanaticism is not a sudden phenomenon. Many Indians have been cultivating prejudices against Indian Muslims for years. Modi and his Hindu nationalist party have simply made sure that these resentments have become more socially acceptable.

I am afraid this RSS ideology of Hindu Supremacy, like the Nazi Aryan Supremacy, will not stop in IOK; instead it will lead to suppression of Muslims in India & eventually lead to targeting of Pakistan. The Hindu Supremacists version of Hitler's Lebensraum.

In light of all this, I would never deny that these developments are deeply worrying and should lead to public outcry, but comparing Modi to Hitler is a counterproductive exercise. It begs the question as to whether or not Imran chose the comparison deliberately, or whether it simply slipped out in a moment of anger. If the latter is the case, then perhaps Imran should read his statements from the cards, as his predecessor Nawaz Sharif did. Imran, who likes to portray himself as a cosmopolitan and highly educated head of state who studied political science at Oxford, should in this case be more reflective and realise that such a comparison will bear no fruit.

However, I have an inkling that Imran has deliberately chosen the comparison to try and bring international opinion on his side.

As mentioned, such comparisons are not a singular phenomenon. In the past, for example, people such as Yasser Arafat, Slobodan Milosevic, and Osama bin Laden have been compared with Hitler. This happens even with German leaders! In the context of the European Union (EU) crisis, German Chancellor Angela Merkel was repeatedly compared with Hitler by various media outlets in Greece and Poland.

Therefore, Imran drawing a parallel between Modi and Hitler elicited no media response or any perceptible public outrage in Germany. This seems to be largely due to the regular usage of Hitler and Nazi comparisons, as a result of which people have become accustomed to them and pay little attention to them. Such oft used comparisons are ultimately futile. Economic and vested interests aside, an overdrawn Hitler comparison will certainly not contribute towards gaining the support and solidarity of the German public.

Over the years, I have becoming increasingly attached to the people of Pakistan and have been intrigued by the political landscape in this country, which is why my comments here come from a genuine place of wanting to contribute to the discussion. What Modi’s future policies may be, no one knows; but the world is watching. Modi has not had the audacity to launch a state-led systematic killing spree which my grandparent’s generation had to endure in Germany – at least not yet. But racism and genocide are not unique features of the Nazi regime. Therefore, comparing Modi to Hitler or Pol Pot or any brutal leader will benefit no one and will only dilute his actions in the international discourse. Modi’s atrocities are his own, and must be condemned as such.

WRITTEN BY:
Patrick Oelkrug The writer is a masters student of Political Science at the University of Marburg in Germany and is part of the editorial board of the political quarterly magazine â€˜Z. Zeitschrift Marxistische Erneuerungâ€™. He wrote his bachelor thesis about the social and class structure of Pakistan. He tweets @PatrickOelkrug (https://twitter.com/patrickoelkrug)
The views expressed by the writer and the reader comments do not necassarily reflect the views and policies of the Express Tribune.