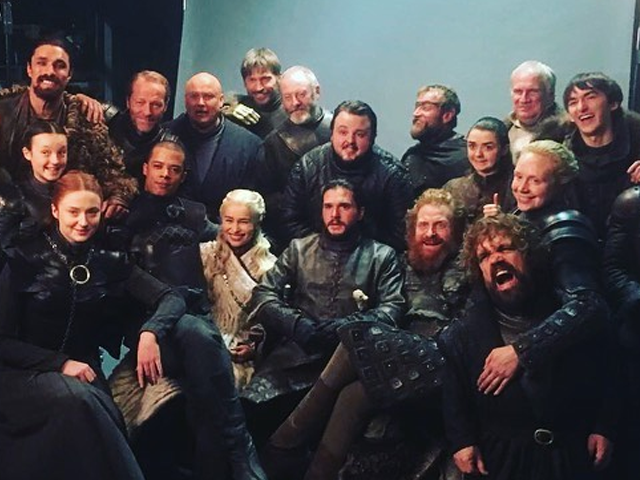 I remember the love I have for the characters and the story and my heart bubbles in excitement. PHOTO: EMILIA CLARKE/INSTAGRAM 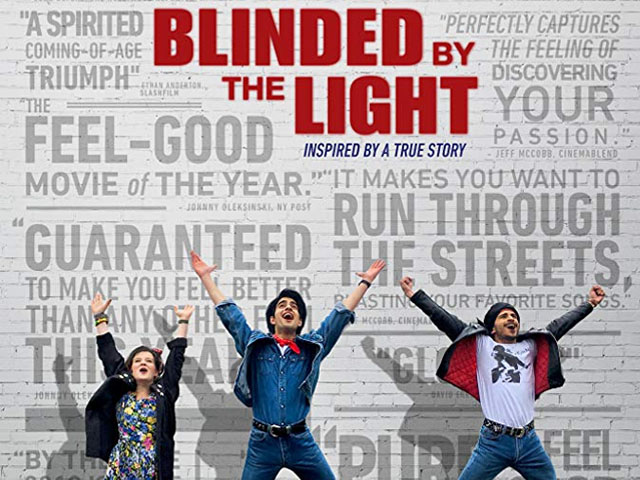 Blinded by the Light: the best non-Pakistani Pakistani movie ever 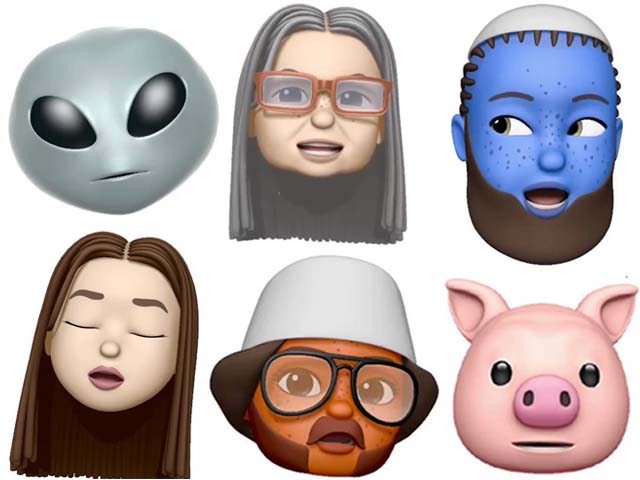 In just weeks, the thing you loved became the thing you deeply despise.
Mohammad Nazar Syed May 20, 2019
Fandom is a tricky thing. There is a very fine line between camaraderie and chaos, and fandom lies somewhere on its border. It has seen the rise of art and then the decline of it. It has turned from caring about a property to turning it into a cult, and it lives and breathes upon the cyclic torrents of the internet.

Ah, the internet. The subculture of culture itself. The voice the Mad King hears, the past that Bran has seen, the future that the Maesters will write; the internet. It writes itself and corrects itself. It is the judge, jury and the executioner. It neither hears nor listens; it just speaks out loud. In the history of fandom – no, in the history of time – has such a tool ever existed? Not really.

Fandom in the olden days was easy. You like something, you talk about it, it’s done. You grow to love it with your friends and you discuss it as much as you can. Eventually that fan love shifts onto something else, but that feeling of appreciation remains.

We live in a world of zeroes and hundreds, from “it sucks” to “it’s the best thing ever”, and from “I will die for it” to “I will kill you because you’d die for it”. It’s a minimum/maximum world with only two extremes.

Fandom has now been swept under that umbrella.

I was lucky enough to fall in love with Game of Thrones (GoT) when five seasons had already aired. I was enamoured immediately after the first episode. A child literally fell down and almost died! What was this show? It was edgy, beautifully written and even more beautifully executed. I had not been transported to a world so seamlessly since Harry Potter was introduced in my life. I binged it. I took it in large gulps until I could take no more. Then I hit play on the next episode.

GoT changed my life. It changed how I perceived good content – good art.

The books ended, but the show must go on, and so it did. Slowly and steadily, it morphed into something else. The novel purists sprouted up. There were bandwagoners and haters. There were shots fired and hits taken. Not this but that. Not that but this. It blew out of proportion and landed in the one place where the internet goes to take a dump: Twitter.

me to the script writers #GameofThrones pic.twitter.com/PMo4pfR4vG

GoT was never this bad under Nawaz rule. Just saying.

It turned into a meme of itself. So many opinions flying left and right. From “this sucks”, “that’s bad”, “this is terrible” to “you suck”, “you’re bad”, “you’re terrible”. Name-calling and hate-mongering prevailed. If you liked something the internet didn’t, you were the problem. If you agreed with them, then join the brigade. Do you care for this show? Do you love it like we do? Prove it, by hating it. Here’s a turd ball, throw it at Dan and David.

And then things took an even darker turn this season.

In S1E1, Jaime Lannister pushes Bran Stark out of a window. This is subtle foreshadowing by David Benioff and Dan Weiss for S8E5, where eight seasons of Jaime's character development are similarly thrown out the window. #GameOfThrones pic.twitter.com/OJjjxBaeY3

The internet became omniscient – the seer of the future, the story gods themselves. It knew better. It deserved better. Twitter accounts were dedicated into persuading you that what you watched was bad. They told you if you didn’t think so, there was a problem with you. You’re uncool. You don’t want to be uncool. Here’s a turd ball, throw it at Dan and David.

"and i couldn't help but wonder, maybe this game of thrones was no game after all" pic.twitter.com/vXWcWYrBKS

Petitions were signed. Episodes boycotted. Spoilers posted before the show aired. There were dinner table arguments and social media unfollowings. There were hashtags and viral posts. There were dislikes on YouTube and hour-long videos dedicated to fuelling the machine. This is bad. Repeat after me: this is bad.

He didn’t pet the wolf. The episode was too dark. She’s acting crazy. That death wasn’t enough. There was a coffee cup. How could she not see the ships? This wasn’t how the author would like it. The actors knew the show sucked! It feels rushed. What is that character arc? Who are the writers? What is this show?

The cast knew what was up what a complete mess #gameofthrones pic.twitter.com/puwRCYKIxT

No wonder Kit cried and said it was disappointing and that he wouldn’t miss Thrones. I totally get it now.

all that Cersei buildup and she died from poor infrastructure

And that was it. Before the show could tell you it had more up its sleeve, your mind was already made. Episodes four, five and six, you hate-watched. This wasn’t the show you wanted! You want a redo. You demand a redo. You sign the petition. You switch on the web and you rant.

Imagine how frustrated you’d be after watching 20+ movies then Marvel told you the Infinity Stones actually aren’t important.

That’s what #GameOfThrones did with Bran and the Night King.

In a matter of weeks, the thing you loved has become the thing you deeply despise. Even the mere mention of the show leaves a bad taste in your mouth. You gag at the name. For you, the show was from seasons one to four; that was the golden age of GoT. The fandom is now crippled. On to the next for you.

People coming back to Kings Landing from vacation in Dorne pic.twitter.com/Lla3zZdHNT

a water bottle in King’s Landing!! #got #gameofthrones pic.twitter.com/mwGQlsLwnh

HBO: we didn’t have the budget to show a proper jon / ghost interaction

people on reddit with their 30 day free trial on adobe photoshop: pic.twitter.com/0fSAnqYZZH

Every Sunday night, it was agony for someone like me to open the internet. It was horrifying to see something you loved and still appreciated being dragged around like a sack of potatoes. The mind is impressionable, it consumes what it sees. I too found myself falling in the trappings of the internet. Many times I found myself writing essays on Facebook posts and then not posting. Do I want to engage? Do I want to indulge in this turd war?

TYRION: People love stories. And no one has a better story than Bran

ARYA, WHO LEARNED SHAPE-SHIFTING AND MURDERED THE INVINCIBLE ICE KING OF DEATH: Bran has what now

And so, I silently watched. I cried. I laughed. I cheered. I saw the faults of the show and saw where it excelled. It was not sinless. It was never perfect, but it was smart and cunning as it had always been. The story kept me hooked. The fan service kept me happy. I talked to my friends. I agreed and disagreed. I cracked jokes and paid tributes and every Sunday I went home with a smile of slight satisfaction on my face.

Now it is over. All the characters are exactly where they’re supposed to be. The beast of the internet takes a deep sigh and rests. Every now and then, as a reflex, it spews some hate and then returns into its modest hibernation. I can hear the whispers of the future like the Mad King himself. The arguments, the word battles, the countless critiques of the many downfalls of this last season.

When you don’t contribute in the group project & still get an A #TheFinalEpisode #GOT pic.twitter.com/UwsAC1JYLH

But for now? I rest. I step away from social media and hit play on season one, episode one and re-watch the show. I remember the love I have for the characters and the story and my heart bubbles in excitement.

I know how this story ends.

Let me rest as well, for now my watch has ended.

WRITTEN BY:
Mohammad Nazar Syed Nazar is a writer and poet based in Canada. His debut publication is called 'A Rush to the Stars' and is a collection of his poetry. He tweets as @mnazarsyed (https://twitter.com/mnazarsyed)
The views expressed by the writer and the reader comments do not necassarily reflect the views and policies of the Express Tribune.