Twenty first century’s innovations, permutations, novelties, upgraded lifestyle, scientific developments and many more have nothing to do with life of the people of tribal areas of Pakistan. They are living in the Stone Age with warfare, humiliations, lack of health and educational facilities.
Riaz Toori July 11, 2010
Sixty three years have gone by but Pakistan could neither bring FATA in the mainstream of the country, politically or constitutionally nor improved the life of common man there.

Twenty first century’s innovations, permutations, novelties, upgraded lifestyle, scientific developments and many more have nothing to do with life of the people of tribal areas of Pakistan. They are living in the Stone Age with warfare, humiliations, lack of health and educational facilities.

While the rest of the country looks to evolve human rights, the people of FATA are being ruled by archaic black law of FCR under which a common government officer named Political Agent is constitutionally authorized to exercise three main powers in one hand i.e. judicial, legislative and administrative.

A Political Agent has two main tools for exercising his powers, one the so-called tribal elders called “Maliks” who always vend tribal interests in the hand of PA by monthly stipend known as “Longi” and the second is black law FCR. Eldership locally known as “Malaki” is inherited; the elder son of Malik replaces his father after his death and so on. The system was established by Britain for obliging Mir Sadiq and Mir Jaafar of tribal areas.

At local level the tribal voice is concealed and suppressed by these two tools and in the centre certain MNAs and senators sell tribal interests on cheap prices i.e. by receiving funds, Longi, jobs, foreign visits and visits for Hajj. These senators and MNAs sell jobs on high prices further among their own voters.

As a result the tribal people so far have received nothing from Pakistan but terrorism, poverty, unemployment and ongoing uncertainty. Throughout the tribal area there is not a single medical college, educational university or any technical college.

I am surprised over how a responsible government of a sovereign state can ignore a conflicted area in making of constitution the way Government of Pakistan ignored FATA while the only reason of ongoing terrorism, problems, unrest and uncertainty is the black law FCR.

The 18th Amendment contains nothing for FATA and brazenly the region has been ignored. The people of tribal areas of Pakistan are patriots and bow their heads when the national anthem plays and they say “Amin” when, at end, “long live Pakistan” is recited. They are the true patriots, nationalist and defender of long Afghan-Pakistan border. It was their patriotism which was used by General Zia-ul-Haq in the name of Holy War.

President Zardari won the hearts of tribesmen when he announced reforms for FATA but 18th Amendment crushed their nascent expectations. No change has been brought to Article 247 while President Zardari had shown his concerns over it time and again. In COD an idea about the future, structure and life standard of FATA exists but why did it remain untouched in constitutional remaking?

The little that the people of tribal areas have is only because of Pakistan’s two charismatic leaders ZA Bhutto and Benazir Bhutto. But aside from their efforts, Pakistan has given the tribal area begging bowls, the snare of slavery in the shape of FCR and devastation, insult and wounds.

The legacy of ZA Bhutto and MBB Shaheed was making the FATA a piece of heaven. But Reforms Committee has bitterly crushed this under their feet. Today while the debate over 18th Amendment has passed, the tribal people are shedding tears over negligence of their needs. Tribal people were expecting silence from their own representatives but were not expecting the PPP to neglect the dreams of a progressive and happy FATA.

Pakistan must realize the fact that a progressive and peaceful Pakistan will remain just a dream without bringing FATA in the mainstream of the country. Let’s not waste any more time. Untie the tribal people caught in the snare of the archaic, inhumane FCR law which keeps them totally inaccessible from the exterior world and pushes them to the Stone Age.

Let’s allow them equal rights and opportunities. Let’s give them due nationality, status and respect. Let’s stop humiliating tribesmen further. Only then will peace come to them and to the rest of the country. 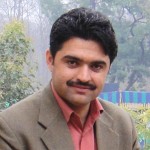 WRITTEN BY:
Riaz Toori A citizen of what he considers the most ingnored area of the country, the tribal areas and an expert on Fata
The views expressed by the writer and the reader comments do not necassarily reflect the views and policies of the Express Tribune. Absar | 10 years ago | Reply I agree with the author. Since independence we've always ignored FATA. Now the intense wave of heat that is said to be coming primarily from FATA is inevitable due to the state's policies concerning FATA ever since independence.
Yasir Qadeer | 10 years ago | Reply The development aspect in FATA has been ignored for quite some time now. Let’s not dig into why it was so but rather let’s move forward with a positive zeal. The recent intervention by USA to provide fiscal and logistical support must be used in the most efficient ways for the development of this area.
Replying to X
Saved ! Your comment will be displayed after the approval.
Error !
Error! Invalid Email.