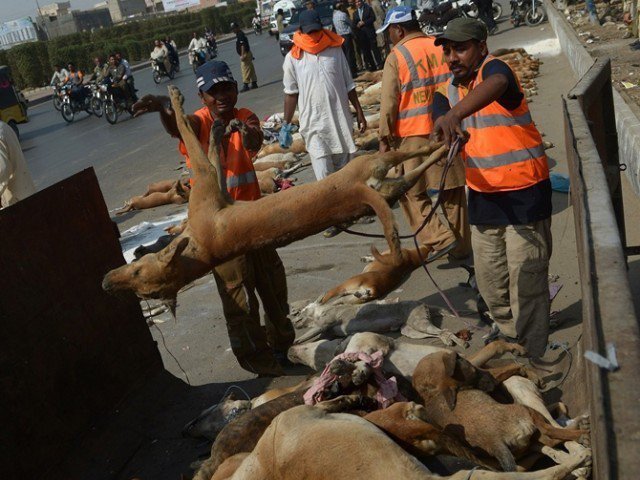 What people fail to realise is, the animal kingdom has a system. PHOTO: AFP 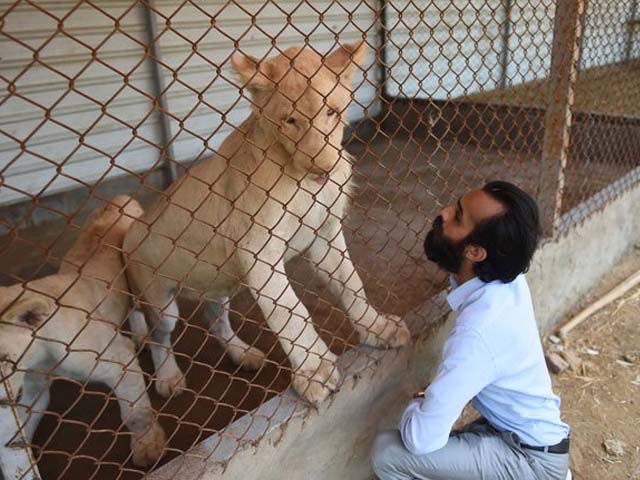 From the jungle to the cage: Pakistan’s culture of keeping exotic animals as pets 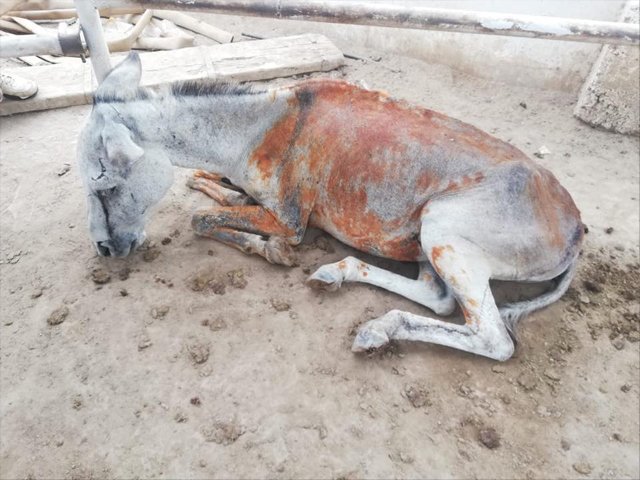 A dog is dog, so why do we discriminate by culling the strays?

If dogs are culled, the rat population increases, and rats carry far more dangerous diseases that we're susceptible to
Sarah J K May 07, 2017
Another week, another culling of stray dogs. And here I am, finally at a loss for words…


After spending three years constantly posting ideas, plans and a humane way forward to deal with the stray dog culling operation in Karachi by the local government, I am finally at a loss for words. Presenting them with viable plans used by other countries, speaking out about it, protesting against it and even adopting strays, training them and showing people the potential of these dogs. Nothing works.

We as a people have become so desensitised that we are unable to feel even for a voiceless, helpless creature. Whenever we find something a nuisance, our only way forward is to eliminate it. And that is the equivalent of burying our heads in the sand. Which I believe should be classified as a national sport.

When we’re not doing anything about it, we are fighting the people who are trying.

Just a few weeks ago, Karachi’s stray dogs were killed mercilessly by Cantonment Board Clifton (CBC). There was a protest, an event on Facebook that promised hundreds of supporters but only reeled in around 50. Welfare groups and civilians met with the mayor to put a stop to the culling and instead employ humane alternatives (catch, neuter/spay, vaccinate and release). On the event page, I saw something interesting; people who wouldn’t lift a finger to help a fellow human being were insulting those who were fighting to save these dogs, with fervour.

Why do we equate what happens to humans to what happens to animals? Where is the comparison? How does that comparison even make sense? Why is it so that because there are injustices towards humans (which are also shameful) that one should use that to justify killing/abusing/hurting animals? Does culling dogs magically change another human being’s life for the better? To me it seems like displaced anger that really helps no one. Not the animals and definitely not the humans.

My personal belief is that humanity and empathy starts with animals and then translates towards humans. If one is unable to feel for the voiceless, understand their plight, hurt for the puppies that lose their mothers… how do we expect to instil empathy on a larger scale?

“In ACF’s experience of rescuing over 1,200 pye-dogs (stray dogs) in Karachi over the past 3.5 years, we have NOT come across a SINGLE case of rabies. The only aggressive dogs we have met are those that people have abused and harmed. And with a little bit of love, you will see them change and shine”.  (Taken from the ACF Animal Rescue page)

Catch, neuter/spay, vaccinate and release. These words ring through my head on a daily basis. I feel like screaming them from the top of buildings. Dogs are a vital part of our ecosystem. Dogs control rats. If dogs are culled, the rat population increases and rats carry far more dangerous diseases that humans are susceptible to. Every creature on this planet has a purpose. Nothing is without reason even if that reason is beyond our understanding.

Every time there is a dog culling operation, there is uproar online with comments condemning the act. It stops there. When push comes to shove, no one really does anything and the common suggestion is “send them to ACF”, “please do something”. When we try to appeal to the authorities involved, we are either met with dismissive comments or shameless pacifying, and every few weeks they start again.

I spend a lot of time at the ACF Animal Shelter and I know for a fact that it is not humanly possible to put all the stray dogs of Karachi within four walls. It is unrealistic to think they should be removed altogether. People forget the fact that healthy dogs confined to a shelter for the rest of their lives is:


What people fail to realise is that the animal kingdom has a system. When you remove X number of dogs from a certain area, new ones will always come and take over that space and breed more to fill that void. To actually eliminate that issue and not the dogs, a spay neuter and vaccinate campaign per area should be enforced. This should be part of our structure; coexisting is part of life. It’s like culling the crows because we don’t like them. Or culling bees because we find them dangerous.

Here are ACF’s suggestions on how every individual can help:

We hope you will do your part.

As a freelance animal rescuer, I can testify to the guidance above. I have been there, done that and it is incredibly fulfilling. To gain the trust and love of a dog is a feeling like no other. In fact, all four of my strays have been easier to train than my purebreds, they are more grateful, loving, and vigilant, and the best part is that because they are used to our weather and terrain, they almost never get sick or lost. They make absolutely wonderful companions and guards and I always encourage everyone to at least take in one stray pup and raise him/her with their own dogs. The benefit of that act is timeless.

Your purebred dog gets a friend, and a dog that will protect him when need be, and you give the stray a chance at life, love and happiness.

A dog is dog. So why do we discriminate?

These strays are so highly trainable that they can be trained to be guide dogs, search and rescue dogs, disaster response dogs and even police dogs. Why not give them a chance? 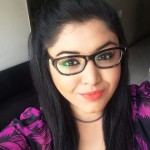 WRITTEN BY:
Sarah J K The author is a die-hard animal lover and freelance web designer trying to sprinkle a little good in the world. She tweets as @SarahJK_ (https://twitter.com/SarahJK_)
The views expressed by the writer and the reader comments do not necassarily reflect the views and policies of the Express Tribune.

Adnan | 3 years ago | Reply | Recommend Madam, in our religion dogs are dirty creatures so it right to remove the evils of these creatures from our cities.
Ahmar | 3 years ago | Reply | Recommend I've never read a more silly blog. Every day.. I get attacked and chased by these stray dogs while commuting from work late night. They travel in groups of 4, 5 dogs and are present around every corner on the streets of this city. Finally the city government does something..and then this stupidity makes its way into blogs? Please go and teach your empathy to these stray dogs.
VIEW MORE COMMENTS
Hassan M Farooqi | 3 years ago | Reply | Recommend The author is just making an 'IN' statement. Otherwise the countries she is inspired by i.e. those here in West, also cull stray animals, including cats!!! However we do have animal shelters where strays are first brought in. When nobody adopts them, then they are put to sleep after a predetermined time. If the author wants the same thing in Pakistan, she should do the same thing there i.e. start animal shelters and encourage people to adopt them. Those that are not adopted should be culled after a period. Otherwise calling yourself an animal lover, writing articles, and not doing anything, is just a fashion statement.
raj | 3 years ago | Reply | Recommend the difference being here stray vs mad stray dogs. most of the dogs on Khi streets are mad and can bite you ant any place you don't want them to bite. Since there is no plan to tackle the stray dogs and stop them going mad, that is the only option govt has to take to make citizens secure. They can't do it from mosquito but they can from rabies. Secondly, we don't have anything like vet doctors and no one is willing to become one so no option for govt again. Third, there is no value of a human life then what can we say about dogs.
Ahsan Khan | 3 years ago | Reply | Recommend Love you so much Sarah for writing such a gut wrenching story. I do not understand why our society has so much hatred for such a loving animal.
Faisal | 3 years ago | Reply | Recommend I couldn't agree more that agree that caring for animals can translate into caring for other human beings. We should start showing compassion for all life.
Ali S | 3 years ago | Reply | Recommend I assume the author has never been bitten by a rabid stray dog - sadly, the laws of economics say that the neuter-and-vaccinate strategies used in more developed countries might not be feasible for us (considering the sheer number of stray dogs in Karachi). But yes, our public's behaviour towards animals in general is appalling, there needs to be more awareness - the treatment of working animals (donkeys) in particular breaks my heart every time, they tirelessly earn their owners a living for nothing but a little food and water and lashings in return.
Rex Minor | 3 years ago There is nothing good about dogs life? They cannot part from humans whom they worship and love even though they are mistreated in most parts of the world and culled in some and even eaten in several Asian countries. The author has a noble task to care for the helpless. Let her appeal to the State authorities for care in specified areas instead of employing culling brigade. Rex Minor
Replying to X
Saved ! Your comment will be displayed after the approval.
Error !
Error! Invalid Email.