Take a lesson from Bahrain

After ruthlessly killing protesters, the Bahraini rulers have finally started waking up. Pakistan, are you watching?
Bilal Ahmad February 28, 2011

Imagine a lonely man without a job. His community barred from political representation, having no rights and no future to look forward to. With extreme frustration and deep-rooted anger, he one day gets off the wrong side of bed, thinking it’s time to bring about a change.

That was the situation with the people of Bahrain. People with no real rights to speak of. Pushed over the edge, this man, along with a few others, decided to make himself heard, albeit peacefully. They take to the streets just so they get noticed. Understandable so far, but the plot thickens. The government, which has been a nonchalant group so far when it came to doing any good for the people, takes notice and decides to act. It reacts with hostility and guns down a few, unarmed protesters.

The Bahrain government or the Sunni Al-Khalifa dynasty that has ruled for over 200 years had taken a hasty step. They were scared and maybe acted out of desperation.

Using violence as a means of curbing a peaceful protest, that too at pre-dawn, is an outright insult for any government. Then to stop the injured from getting medical attention is a blatant violation of human rights. The scenes at the hospital where even doctors reacted in shock and awe were heartbreaking. How desperate do you have to be to kill an unarmed man? How pathetic do you have to be to attack someone when they aren't looking?

Maybe they wanted to avoid a recurrence of the Egypt uprising that managed to overthrow the government.

Now, almost half a month later, the dynasty realising the power of its people, released political activists and pardoned the opposition leader. And why do countries even need to be governed through dynasties?

The idea of families running the political set-up, inheriting leadership, just doesn’t sit right. But don’t feel too bad for Bahrain — our situation is not all that different. At least they’re demanding a change now. It’s about time people here woke up from their slumber and fought for their rights too.

WRITTEN BY:
Bilal Ahmad Designation: Sub-Editor English Paper Department: Business
The views expressed by the writer and the reader comments do not necassarily reflect the views and policies of the Express Tribune. 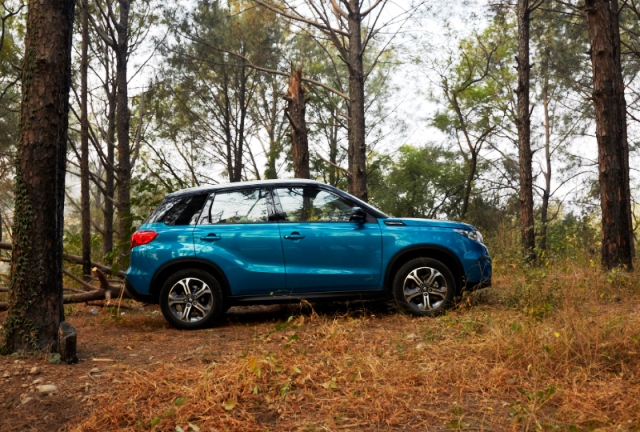 Is the new Vitara worth the money? All talk, little action by PCB Pakistan, you are not ready to host

Humaira Batool | 9 years ago | Reply @ saif mohammad: I am sorry sir but whatever you are saying does'nt make sense at all how can the whole community lack competitive qualification or may be you are just seeing things the way you want to see them or your Govt.. is showing you..Even if that's the case how is it justified to kill incompetent shias if they are peacefully protesting??and then not letting them have medical care..that's seriously pathetic.. i thnk u shud "Stop misguiding people with kid-adult information man."
amir | 9 years ago | Reply ksa go away from Bahrain ksa go away from Bahrain ksa go away from bahrain Muslims never kills Muslim
VIEW MORE COMMENTS
kaksizeem | 10 years ago | Reply now bahrain government itself should be step down.
Osman | 10 years ago | Reply Its amazing how eeach and every failed Muslim tyrant points to "foreign hands"
Mona Saleem | 10 years ago | Reply FACT Bahrain government killed incident non armed civilian with live ammunition by the army Bahrain government killed people while they a sleep would you like bahrain government to run your contry ?
parvez | 10 years ago | Reply I think you have made a very valid point that in handling a situation, such as this, it is necessary to exercise utmost caution, as a mistake once made is very hard to correct.
chill | 10 years ago | Reply Read the article again. The gist is: Why were the protesters killed? The piece is intended to reflect what went wrong when people took to the streets. The reaction that ensued by the govenrment.
Saif Mohammed | 10 years ago | Reply Dear brother Bilal. This is to advise you guys not to post wrong information. I'm a Bahraini, and I know what is the fact over here more than you and this stupid western media. What all you described over there is absolutely wrong. Common sense since the Shia is in majority almost all of the jobs occupied by them only. Visit the Salmania hospital, Bapco, Alba, Ministry of Education see whose occupied most of the jobs. Yes there is unemployment issue as any other country but that has nothing to do with Shia or Sunni or in fact Local or Expatriates. Employment is purely based on competitive qualifications and hard working tendencies which Shia community is lacking. No one is snatching their jobs if they are competitive enough to that particular post. Each and every person living in Bahrain knows very well this all Iran motivated political disturbances to occupy Bahrain, nothing more than that, and '80s are example of that cruel intentions. Just ask any Sahia what they want really. The ultimate demand have been to merge Bahrain with Iran. Stop misguiding people with kid-adult information man.
Replying to X
Saved ! Your comment will be displayed after the approval.
Error !
Error! Invalid Email.