A drama unfolded on our tv screens during PP 160 by-poll: A fake election commission office, a stubborn but loyal police, and brazen spokespersons.
Umair Rasheed July 07, 2010

Had the frequency of elections been a measure for democracy, Pakistan in the last two years could have given the best of democratic countries a run for their money. A series of resignations or disqualifications and subsequent by-elections has been the hallmark of democratic Pakistan. How much has this chain reaction helped strengthen democracy is open for debate. We’ve just witnessed the drama that is Pakistani politics unfold on our television screens during PP 160 by-poll in Lahore: A fake election commission office, a stubborn but loyal to its masters (read: government) Punjab police and brazen government spokespersons.

Another one from Sargodha is already queued up following the June 10 decision of an election tribunal of the LHC declaring PML-N MNA Javed Hasnain’s degree fake.

One glaring theme that keeps coming up in electronic media’s by-poll coverage concerns ethics. Almost all the talk show hosts have been grilling politicians for cheating. Their arguments: ‘By forging BA degrees, politicians have deceived the people and hence should not contest by-polls’. The issue I believe is grave but the analytical framework used to explain it, is superficial. One election to a National Assembly seat, according to the election commission website, costs the public about Rs4 million. The figure for provincial assembly seat is Rs3 million. According to the ECP statistics, 70 by-elections have been held in the last two years. A few calculations would highlight how huge a burden the few tax-payers are being asked to bear for some Mr xyz’s ‘sin’ of trying to evade an undemocratic requirement.

Had we spent a little less energy on lambasting the so-called cheats, convincing them to apologise to the people (who by the way in 90 per cent of cases have re-elected the same faces), and asked the cheats and their patrons: why can’t they out of a bare minimum realisation of guilt (not of cheating of course, but of wasting public funds) finance the by-election from their own pockets. The free judiciary too could have moved a step further from merely testing Dasti on his knowledge of Islam.

It’s high time we stopped taking public funds for granted because: one, we don’t have much, two, they can be put to million better uses. 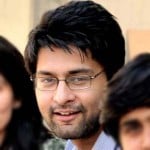 Monkey | 10 years ago | Reply I think we also should ask the ECP why it costs so much to contest.
Saeed | 10 years ago | Reply what a well-thought out piece!
VIEW MORE COMMENTS
Baig | 10 years ago | Reply you have a way with words my friend! great job...
zarrar | 10 years ago | Reply As far as the question of judiciary being the offender is concerned, i would clarify that while there may be no incidence of judiciary itself violating the law ( if there is one, then im unaware of it), I have an issue with the manner in which they seem to function these days. Continuous interferrence in matters of legislation and governance by way of reviewing the 18th amendment or questioning the price mechanisms, or disqualifying members of the legislator e.t.c. will definitley not allow the democratic process to move forward. It seems while doing all this, judiciary considers itself to be the sole custodian of all that is right in this country, and the only capable force to correct all ills as well ( never mind all the coups they have validated). Instead, they should concentrate more on dispensing speedy justice to the poor people, which remains a rare commodity still.
Umair | 10 years ago | Reply I think Zarar you need to substantiate your question and elaborate when exactly did the judiciary voilate the law? As for Andaleeb, its not just about the politicians. The degree requirement was INCORRECT, it voilated the democratic spirit and was introduced by a military man to sabotage democratic forces. It was bound to be breached. The media and judiciary instead of playing up the ethics card (and scoring points to boost their public ratings) should have highlighted th financial aspect. The ECP has so far spent more than Rs250 million to hold the 70 by-elections and considering the pace at which fake degrees are being discovered every other day many more millions are bound to be spent in the coming days!! The Parlaiment could have legislated asking every fake degree holder to pay Rs4 million (the amount ECP estimates is its cost for arranging one NA election) to the ECP in fines or teh so-called free judiciary could have imposed fines on fake degree holders.....something other than empty rhetoric and moral critic!!!
newsconfuse | 10 years ago | Reply Good article!
Rameez | 10 years ago | Reply Good job Umair. Keep it up.
zarrar | 10 years ago | Reply Ver well written! Both the media and judiciary have seemingly grasped control of a moral high ground, thats gives them license to find fault with everything that the government in centre does particularly. Surely, the politicians ( read: evil) cannot be held alone ,responsible for all ills that pervade our country. For a very large number of these grave issues that plague us today, are a mere continuation of past practices and negligence; for which most sections of society, and all four pillars of the state are to blame. I would like to clarify the fourth pillar as the Pakistan military here, or maybe clarify it as the first or only pillar. However, what i wish to ask of the media and judiciary is what exactly do they wish the common people to infer from this relentless assualt on the people in power. That we should revert to some previous form of government set up? because surely they are not in possession of a pioneering idea. Also, it is requested that the blogger clear the following connundrum: 1) People of our country our seemingly subject to the laws of the state. 2) The judiciary interprets the law, imparts justcice to people and punishments to offenders. 3) What happens if the offender is the judiciary?
Andleeb Tafweez | 10 years ago | Reply Fake degrees identified, they resign, get a ticket again, consume 3-4 million of public money and join the club again. What's the use of all this excercise except to legalise their deception.These people lie to the nation,to the election commission, lie in the name of God and instead of being convicted they are provided a way out. And we havent even talked about the salaries and benefits that they have wrongly received during their tenures. How does this help the nation --- same unqualified, incompetent liars & cheaters re-assume their positions only after imparting a loss of millions of rupees to the already corruption inflicted exchequer.I think we are better off without this futile excercise.
Farooq Ahmed Aziz | 10 years ago | Reply An eye opener indeed! very well written Mr Rasheed.
Replying to X
Saved ! Your comment will be displayed after the approval.
Error !
Error! Invalid Email.