A ban on common sense

As a content producer for a current affairs program, these clauses are an ambiguous and scary proposition. The vaguer the law, the more prone it is to abuse. In fact, it’s even possible that if I talked about my puppy Buffy, who was kidnapped a while ago, I could face prison since I depressed readers and 'hurt national sentiment!'
Usman Zafar July 03, 2010
On Monday, the government of China passed a law forbidding online dating for its soldiers. The logic behind the measure was that lonely hearts might let sensitive information slip to conniving spies posing as love interests. In the words of a Chinese military official, “People with ulterior motives may make use of the soldiers' personal information and pose a threat to the safety of the army.”

So essentially the Chinese military is assuming that an online date will involve questions like: “So what are your likes and dislikes?…What do you like to eat? ...What can you tell me about the integrated inertial navigation system on your DH-10 nuclear cruise missiles?”

Frankly speaking, I’m not surprised that Beijing has added matchmaking to its list of restrictions, given that previous regulations include barring blogging, online job hunts, and even making friends on the internet.

As an outsider, these constrictions should seem absurd and illogical. But who am I to talk about the virtues of free speech? I can’t even send any texts or mails making fun of the government without facing serious jail time. Apparently, mockery is seen as a direct threat to democracy! And there’s more to come, courtesy of two new measures from the Federation.

The first is the new Pakistan Electronic Media Regulation Act, initially a brainchild of former President Parvez Musharraf to muzzle the media, and prevent Frankenstein’s monster from attacking its creator. However, our lawmakers have made some alterations to the bill, and will introduce it in the next session of parliament to usher in a new era of media freedom, or so they say.

However, a recent BBC report on the issue has something entirely different to say on the matter. The report cites clauses in the bill stating that news channels will be bound to “assure the government that none of its programs will promote hatred.” In addition to this, “programs opposing the ideology, sanctity, independence and security of the state of Pakistan cannot be broadcast.”

The second excellent piece of legislation in the works specifically has the internet in mind. A recent news story leaked a confidential draft bill by the Pakistan Telecom Authority to clamp down on blasphemous material online, and some aspects of it are worthy of Mordor. For instance, sites will be blocked containing “information with objectionable content”, or which “hurt national sentiment”, or which “undermine integrity and solidarity of the state”.

As content producer for a current affairs program, these clauses are an ambiguous and scary proposition. The vaguer the law, the more prone it is to abuse. There is no clear definition of what qualifies as “objectionable content”, or what harms the “sanctity of the state”, or what “hurts national sentiment”. Except of course, our parliamentarians, who will be given a free hand to allow and disallow any content as they please, or in layman’s terms, “Goodbye media freedom! It was nice knowing you!”

Lawmakers are now getting closer and closer to monitoring the public’s actions to suit themselves, legislating human behavior for their own interests. And now that they have gotten a foot in the door, I shudder to think of what will follow in the future. Maybe we will be submitted to daily polygraph tests to gauge our loyalties lie with the state. Maybe we will have security cameras installed in our homes to ensure we don’t speak against the government in private. Maybe we will have a neural inhibitor installed in our heads that gives us shocks every time we say something against the President. The possibilities are endless.

Orwell would be proud of our government’s actions. But while we may lament them in the days to come, there’s one little silver lining I can think of: The Chinese won’t feel lonely anymore. They might not be allowed to date, but at least they’ll know they’re not alone in their misery. 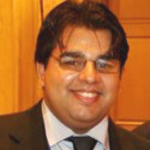 WRITTEN BY:
Usman Zafar A content producer for current affairs program Witness with Quatrina on Express 24/7, Usman writes on domestic politics, international relations, and social issues. He occasionally writes at Instablogs on http://ozzpress.instablogs.com
The views expressed by the writer and the reader comments do not necassarily reflect the views and policies of the Express Tribune. What Jamshed Dasti taught our youth Piscean | 10 years ago | Reply Great work kudos to the writer I read a lot of stuff along the same lines by NOAM CHOMSKY particularly in his 'manufacturing consent' keep up the good work
Parvez | 10 years ago | Reply I would like to leave this quote as my comment: "There is no such thing as part freedom" ~ Nelson Mandela
VIEW MORE COMMENTS
S. Ali Raza | 10 years ago | Reply I am sure these new laws for Media regulation are just to extract more money out of channels, because PEMRA knows they will all make mistakes. The people are busy making a living, so this time the citizens are not with the media. This is what the Government has realized and can fight back with the media for defaming them in the previous years. What you reap shall you sow <--- For Media
SadafFayyaz | 10 years ago | Reply Law should be applicable to everyone....thats it...
Atif | 10 years ago | Reply Basic thing is law should not be vaguer. I'm sure you too would support a clear cut law on stoping blasphemy. Please rememebr we are either believer or not. If we are we should follow. ANd I do agree though that law should not be ambigous to leave room for administration and corrupt politicians to manipulate.
Replying to X
Saved ! Your comment will be displayed after the approval.
Error !
Error! Invalid Email.