OPINION Say no to sugar! “I was shocked when I saw the paper. It did not contain any of the questions I had prepared,” said a shocked BCom student of Punjab College of Commerce. He had only prepared three chapters. And then the collective lot of his buddies got the University of Punjab to reschedule the exam, with the option of bonus marks for anyone who decided not to re-sit the exam.

To any independent observer not accustomed to the educational system of Pakistan, we must appear strange people. Our books are big and fat, filled with chapters full of information, or so they claim. I say claim, because coming from an Intermediate background, I have never felt the need to look beyond the proverbial third chapter. Matriculation, Intermediate Part 1, Intermediate Part 2: every time the teachers had pre-mapped the course we had to study.

“We will start off by solving Exercise 5.4. You will always get one question in the board from this exercise, and if you are really lucky, you might even get two. All good?”

And thus began the journey of condensing 12 chapters with 40 odd exercises into three chapters with eight exercises. Understanding the material was irrelevant, as long as we could answer the questions- roughly fashioned in the style of the textbook. Extra marks for neatness!

Many of the BCom students appearing in the exam will pass. They will be proud graduates, standing on the shoulders of three rote-learned chapters. And, a year later, they will keep on wondering why it is that nobody seems to want to hire them.

And our government will scratch its head in unison with them, and reschedule the BCom’s Advance Accounting exam for second year in a row, all because the poor professor, who set the paper, did not know that the fourth chapter does not really exist. 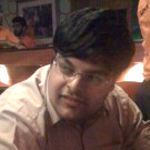 Anushey Khan | 10 years ago | Reply This is something called selective study. But sometimes students and their tutors become too selective and situation as described above happens. I have even known of students who even don't touch a single prescribed text book and yet not only appear in exams but also qualify them. Thanks to notes and summarized books prepared tens of years back!
SadafFayyaz | 10 years ago | Reply I rem a journo covered the same story....why dont they teach the things that are to come in the papers? In whole my life, I have heard so many students failing and having problems with acc ...and even good unis dont have acc teachers....self study....
Replying to X
Saved ! Your comment will be displayed after the approval.
Error !
Error! Invalid Email.