The presence of squatter settlements signifies a disconnect between the state and the people. Pakistan urgently needs to provide a new social contract to them.
Umair Rasheed September 28, 2010

Military cantonments and government officers’ residences are a familiar site across the length and breadth of Pakistan. Well-planned, organised, serene and secure are some qualities that come to mind when they are mentioned.

Equally familiar are squatter settlements, housing millions across the country. Their presence does not only highlight serious flaws in (neo-liberal) development practices followed by successive governments, it also signifies a disconnect between the state and the people.

The two major expenditures in the budget, after accounting for debt servicing, are military and development funding. While the former is inherently non-productive, the latter too is futile for the millions of ‘slumdogs’. The focus of the PSDPs, guided by the blind-to-grassroot-needs interests of foreign investment, is profitable projects: overhead bridges, motorways, high rises, mass transit rails, huge dams, etc. Ironically, the first victims of these ‘development’ projects are squatter settlers. Thousands have been evicted in Lahore alone to make way for the motorway bypass and the much-touted Ring Road.

Squatter settlements are encroachments in official terminology, meaning thereby that settlers can seek no remedy under the law. Most of the land on which these settlements have emerged is owned by the defence department, Auqaf, railways, Evacuee Trust Property Board and local governments. States considering emigrants illegal somehow makes sense, but it declaring its own citizens illegal occupants is incomprehensible.

These ‘illegal’ settlers are not characterised by being Punjabi, Sindhi, Pakhtun or Baloch. Rather, what defines them is their disenfranchised status. They lack housing, sanitation, public utilities such as electricity, gas, schooling, healthcare, adequate nutrition, etc.

The only relief they have, however inconsequential, is through political struggle. The Katchchi Abadis Act being the biggest victory to date, under which the government has handed ownership rights to inhabitants of some of the settlements.

With the threat of evictions looming large over their heads, security – the buzzword that has made the military an absolute must – holds zero value. The state of Pakistan urgently needs to provide a new social contract to its people. A Hobsian pact that has barely been guaranteeing security vis-a-vis external enemies can no longer work. The have-nots need more than a strong military, an independent judiciary and an elected parliament. 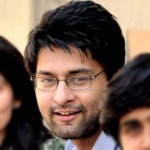 WRITTEN BY:
Umair Rasheed
The views expressed by the writer and the reader comments do not necassarily reflect the views and policies of the Express Tribune.

faraz | 9 years ago | Reply | Recommend Military distributed thousands of acres of land among themselves. In southern punjab, new canals were built to divert water to develop land handed over to armymen. Land for DHA in rawalpindi was obtained by forcibly evicting the poor villagers. But a myth has been created by dishonest intellectuals that we need military to get rid of feudals.
Sana Saleem | 9 years ago | Reply | Recommend Oh These poor slumdogs are always exploited. Considered not a creature, they live from hand to mouth. Noone really struggles to bring in a change in their plight. Most part of the Budget goes to military and development but why these poor people are so ignored. Having no facilities and even the basic rights ! The military cantonments are really very very beautifully designed and maintained lavishly BUT WHY ? Why this amount is not spent on these slumdogs. Rather than spending on lavishness, why doesn't the Government spend on giving them the basic facilities of which they are privileged. This is one of the main reasons that Pakistan is still a Failed Country !
Replying to X
Saved ! Your comment will be displayed after the approval.
Error !
Error! Invalid Email.