I have ADHD and I love it! She left me on my wedding day

Hesitation when using their own currency to buy daily commodities exemplifies how little has been achieved so far.
Shan Nasir September 13, 2012

The central bank of Afghanistan imposes a fine on shopkeepers to stop them from using foreign currency. Pakistani currency also known as Kaldhar in the war-stricken country is widely used, which reflects the lack of confidence of Afghani businessmen and traders in their economy.

Afghanistan’s economy appears stable if compared to Pakistani rupee that lost almost half its value to the dollar. 90% of Afghanistan’s budget depends on foreign aid.

However, will the bubble economy survive when the US is itself embroiled in a financial crisis back home?

Rich Afghans are already escaping with their money stashed in suitcases. $4.6 billion has already left Kabul airport, according to the central bank governor, Noorullah Delawari.

According to Leif Rosenberger, approximately 30,000 foreign contractors and 150,000 foreign troops will leave Afghanistan by 2014. Moreover, the US Treasury assessments state that Afghan GDP can fall by 13%, automatically decreasing employment opportunities.

To stabilise Afghanistan, fundamental policy changes are mandatory. According to Alexander Thier, US Institute of Peace (USIP),

“A focused, coherent, and a long-term approach to Afghan and regional stability is necessary to get Afghanistan out of its vicious cycle of insecurity, insurgency, impunity, and corruption. Seven years of short-term thinking have gotten us to a place, where, out of desperation, we can only think of the short term."

The US exhausted its energy on destroying terrorist networks and all the while Afghanistan is still rife with terrorism, warlords, regional meddling and insurgency. A peaceful, long-term solution to Afghanistan desperately needs heavily funded and properly orchestrated security forces. Analysts should not underestimate the importance of a legitimate government, which will effectively implement the rule of law. It may take considerable time and investment to create strong institutions which will maintain constitutional democracy.

Afghani leaders, with the help of the international community, need to mobilise the Afghan people towards a common goal of progression. For this to happen effectively, the regional environment must be conducive to Afghanistan’s development and a coherent strategy must be prepared to bridge the ever-widening gap between the Supreme Court and the tribal council, democracy and conflict, women’s equality and burqas.

To be able to achieve stability and progression, Afghanistan needs two kinds of structures;

This would be responsible for collective action, such as building primary roads, protecting basic rights, regulating the media and fighting insurgents.

This would ensure that the local governance tackles issues such as dispute resolution, water development and agricultural development. It is imperative to develop the civil society by augmenting citizen participation and delivering at the local level.

The Tokyo Donor’s conference will consider ways to stabilise the country during a ten year period following the upcoming US withdrawal. Hesitation, felt by the Afghanis, when using their own currency to buy daily commodities, exemplifies how little has been achieved so far.

The country faces serious economic and political challenges ahead and working now is the only way the future will see any improvement.

Join us on Facebook for blog updates and more! 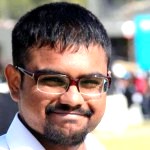 WRITTEN BY:
Shan Nasir Is an IBA graduate having interned at Sanofi Aventis, Engro Foods and The Citizens Foundation. He strongly believes that individuality and free thinking should not be penalised in the land of the pure. He tweets @shannasir
The views expressed by the writer and the reader comments do not necassarily reflect the views and policies of the Express Tribune.