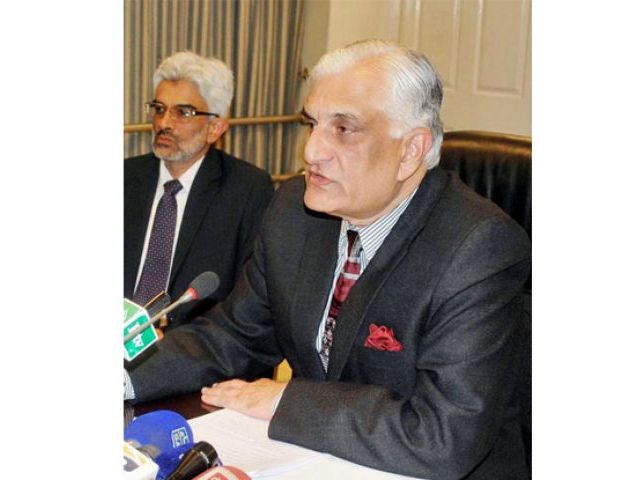 Pakistan will argue its precarious situation and risks to its economy owing to fast changing climate at next week’s global summit in Paris, vowed Federal Minister for Climate Change Zahid Hamid on Friday.

Hamid, who will be leading a 27-member Pakistan delegation at the two-week moot in Paris from November 30, said that Pakistan had been facing the brunt of a number of extreme weather induced events such as drought, heatwave that left over 1,200 people dead, flash floods which destroyed thousands of acres of crops and washed away infrastructure, landslides, cyclones, melting glaciers and glacial lake outburst floods (GLOF).

“Over the last 20 years, the average annual economic losses sustained due to climate related events have been estimated at US$ 4 billion,” he said.

Pointing out how Pakistan contributed a miniscule fraction of global emissions – roughly 0.8 per cent of global GHG emissions — it was among the top countries under threat from climate change with the recent Global Climate Risk Index ranking Pakistan at 10.

“Sustainability of Pakistan’s economy is at stake because climate change-induced disasters, particularly floods and erratic rainfall patterns, have badly affected water, agriculture and energy sectors, which are at the heart of the national socio-economic development goals.”

Briefing about the agenda that the delegation will pursue, Hamid said they will identify the areas where Pakistan would require international financial and technical assistance to counter climate change.

“We will portray our future economic growth and development objectives and plans as mentioned in Pakistan Vision 2025 and National Climate Change Policy to forcefully accentuate that the country as an economy and the society presents the true and most profound opportunities of interweaving climate finance with cleaner technologies in achieving effective mitigation of emissions in a cost effective manner.”

He added that transforming current development models was a “political and economic obligation” for averting the biggest possible humanitarian crisis in human history as he called on world leaders to seal a strong agreement at the summit.

“We are going to Paris with a very positive and open mind to engage in the development of a globally responsive climate governance framework to save the future of earth and the life on it.”

Hamid further said that they will make all-out efforts to strengthen Pakistan’s role and participation in the Warsaw Mechanism for Loss and Damage both institutionally and through other means of influence.