Women feature in a third of news, but rarely report it

Women feature in a third of news, but rarely report it

More women were featur­ed by print media as compar­ed to televi­sion or radio
By Our Correspondent
Published: November 28, 2015
Tweet Email 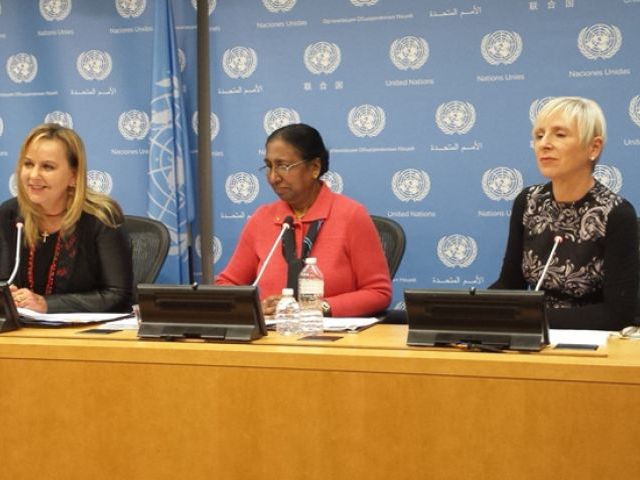 KARACHI: With most of the headlines dominated by topics such as crime, terrorism and politics, women and their issues are increasingly visible in mainstream Pakistan media. However, more women participation across media platforms has not translated into their greater involvement in reporting women’s issues.

According to the fifth and largest Global Media Monitoring Project (GMMP) study, in coordination with research and advocacy group Uks in Pakistan, the percentage of women being heard, read about or seen in newspaper, television and radio news rose from just 27 per cent in 2010 to 36 per cent in 2015.

Reviewing news on a particular day, Uks found that most of the stories were about crime and violence (30 per cent), followed by issues pertaining to politics and government (26 per cent) and social and legal issues (23 per cent).

A qualitative analysis showed that women were portrayed mostly as ‘victims’ or were trivialized and subject to sexual objectification. The report further found that women were usually stereotyped in their portrayal in advertisements, entertainment shows and those focussing on show business.

Only in four per cent of the news were gender equality issues raised, while realities of the girl-child and women’s economic participation were largely ignored.

Female subjects featured in news were not registered as spokespersons, experts, commentators or quoting personal experiences.

While the ratio of female reporters in the domestic media rose from a mere 11 per cent to 16 per cent – with radio featuring the highest ratio, only 25 per cent of all news stories featuring female subjects were covered by women. While the female reporters did produce more stories where women were the central focus (33 per cent), no woman covered stories in which issues of gender inequality were raised.

The report added that though there were more women working in local media now than before, they continue to face ‘glass ceilings’ and ‘sticky floors’.

These trends were reflected in the online, digital medium as well.

Globally, the 2015 version of the report said women’s progress in media had ground to a halt as they featured in only 24 per cent of news stories.