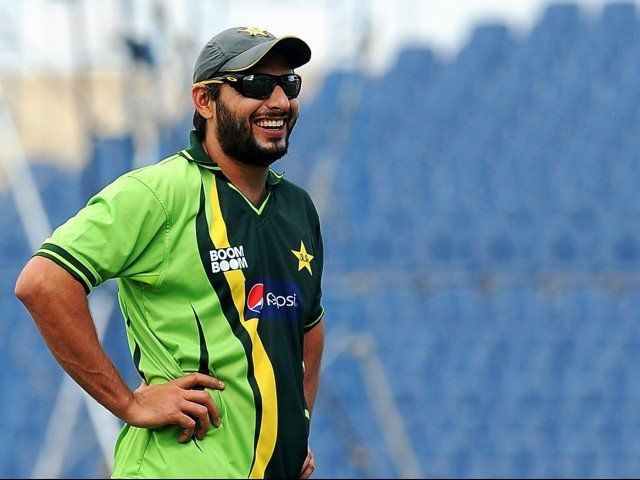 DUBAI: Former champions Pakistan will face England in a three-match Twenty20 series in Dubai from Thursday as they begin to settle their squads for next year’s World Twenty20.

Pakistan finished runners-up in the first edition of the World Twenty20 in 2007 before winning the crown two years later in England and are now ranked number two in the shortest and the most popular format of the game.

They need to win the series, at least by a 2-1 margin, to maintain their standings — a fact Afridi believes will spur on his team.

“We want to settle down before the World Twenty20,” said Afridi of the event to be held in India from March 11-April 3.

“Besides that we are ranked number two, it’s an important series for us in many ways and we will do our best to win it.”

Pakistan are likely to get two to three Twenty20 matches if their series against India is held next month before they head to New Zealand for another three matches.

Before the sixth edition of the World Twenty20 they will also feature in the Asia Cup to be held in Bangladesh in February.

Pakistan are hampered by the absence of ace spinner Saeed Ajmal, who is struggling with a new bowling action which needed alteration after it was deemed illegal.

Besides Ajmal, the highest wicket-taker in all Twenty20 cricket with 85, paceman Umar Gul (joint second highest with 83 wickets) was also not selected as he is recovering from injury. Opening batsman Mohammad Hafeez is also banned from bowling.

But Afridi, who also has 83 wickets, hopes his young team will fight hard.

England, who won the World Twenty20 in 2010, are ranked eighth in the shortest format but coach Trevor Bayliss believes their 3-1 one-day success over Pakistan last week will give the squad good confidence.

Umar should be included in T20 team if proven innocent: Afridi

“England players should have a lot of confidence from the way they’ve played going into the three T20 matches, knowing they can play in these conditions against this quality of opposition,” said Bayliss whose team lost the Test series 2-0.

Bayliss, from Australia, said the series will help his team prepare for the World Twenty20.

“It’s another step on the way to that World Twenty20 in March-April. We want to play this T20 series and win that as well as we possibly can, but it’s also a bit of a testing ground.”

The remaining two matches will be held in Dubai (Friday) and Sharjah (Monday).