Two become one: AJIP to merge with PTI today

Two become one: AJIP to merge with PTI today

Everyt­hing in place for public meetin­g of party leader­s
By Our Correspondent
Published: November 22, 2015
Tweet Email 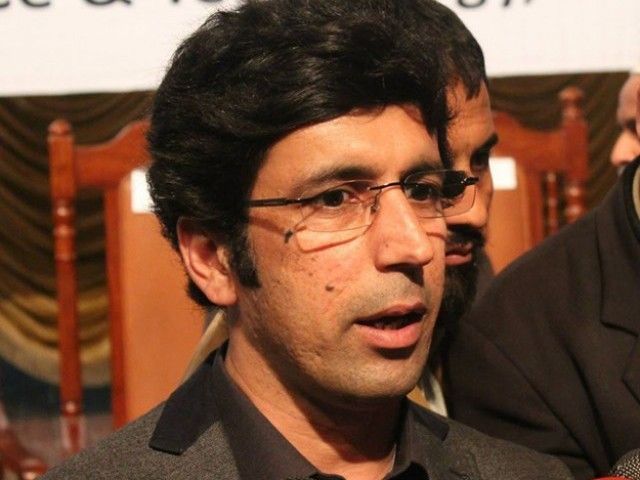 The Swabi-based Awami Jamhoori Ittehad Pakistan is all set to merge with the Pakistan Tehreek-e-Insaf that has been governing Khyber-Pakhtunkhwa since May 2013.

AJIP chief and Minister for Health Shahram Tarakai will announce the merger at a public meeting in Karnal Sher Kalay in Swabi on Sunday (today). Beside others, PTI Chairman Imran Khan and Chief Minister Pervez Khattak will address the gathering.

AJIP leaders decided on the merger in February when Shahram’s father Liaqat Khan was allotted a PTI ticket for a Senate berth. The joining of forces was initially scheduled on August 14 and then postponed to November 1. However, this could not take place due to various reasons.

Insiders familiar with the matter told The Express Tribune certain elements within PTI were unhappy over the fact that the influential Tarakai family was being made part of the party. Later, these elements were convinced to support the merger.

Though the family of late Israa Khan, a founding member of the Pakistan Peoples Party, had been politicking in Swabi for many years, it gained prominence during the Musharraf era when it was part of the Pakistan Muslim League-Quaid. Israa Khan served as a town committee administrator in Nawan Kalay when former prime minister Zulfikar Ali Bhutto was ruling the country in the mid-70s.

Shahram contested local government polls in 2005 for the office of district nazim on a PML-Q ticket and emerged victorious. His influence in the right circles at the time saw him succeed in getting his uncle, Usman Khan, and Javed Khan elected to the National Assembly in 2008.

Both of them were independent candidates and defeated Awami National Party’s Asfandyar Wali Khan and Amir Rahman Khan, respectively. The latter had served as an MPA from 2002 to 2007 and is the Swabi district nazim. He is also the president of ANP’s
Swabi chapter.

Shahram and elders of his group decided to form their own party in 2010 at a time when PTI’s popularity was rising. The political maneuvering gave birth to AJIP. The group earlier had an understanding with late ANP dissident Dr Mohammad Salim Khan who had won a provincial assembly seat as an independent candidate. In the 2013 elections, AJIP succeeded in winning three provincial and one National Assembly seats from Swabi.

The AJIP became the fourth partner in the PTI-led coalition government after the 2013 elections. Shahram was given an attractive ministerial slot and was appointed as one of the three senior ministers in the cabinet. The AJIP chief is also the cousin of Minister for Education Muhammad Atif Khan.

Shahram also maintains close ties with PTI’s Jehangir Tareen. At present, all PTI leaders and stalwarts are celebrating the merger.

Doctors versus paramedics: Report yet to be submitted on hostel lodging complaints