Smartphones ready to take over

Smartphones ready to take over 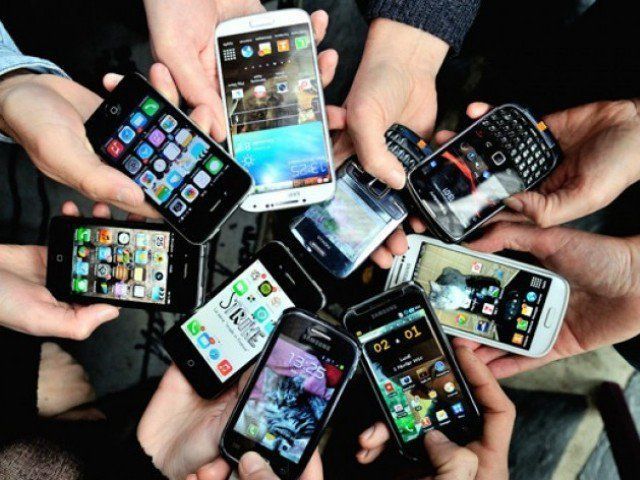 Smartphones are not just here to stay and become your best friend – they will eventually take over. In terms of overall market share, smart devices – comprising smartphones and tablets – are expected to touch 55% of the country’s total mobile phone imports by the end of fiscal year 2017-18.

According to a recent forecast by the Pakistan Telecommunication Authority (PTA), which attributed its projection to the International Data Corporation (IDC) Report of 2015, import of smartphones has shown exceptional growth already.  The IDC is a global market intelligence firm for Information and Communications Technology markets.

Telecom sector: Pakistan to have 40 million smartphones by end of 2016

There was a 123% increase in smartphone shipments to Pakistan between January, 2014 and January, 2015, the PTA says, making this one of the fastest growth rates for smartphone imports in Asia, and Africa region, according to the IDC Report, 2015.

Smartphone shipments to Pakistan currently account for 31% of the total cellular mobile handsets imported by the country, the PTA says. The number has increased dramatically from FY12 when it amounted to just 7%.

The PTA’s forecast follows a September 2015 revelation to this newspaper by a major ecommerce player, which had then estimated the country would have 40 million smartphones by December, 2016 if the ecommerce (market) trends continued unabated.

Online retailers have been witnessing massive traffic on their websites since (July, 2014) the launch of third-generation (3G) and 4G services in the country.

With more than 1 million new users jumping on the bandwagon every month, the number of Pakistan’s broadband users skyrocketed to 21 million (of which 85% are 3G and 4G users) at the end of September, 2015. The number was less than 4 million before the arrival of 3G services.

Could a smartphone app help stop the next polio outbreak in Pakistan?

High-speed mobile Internet market (read 3G) continues to grow, creating a huge demand for smartphones, the top selling category across all major ecommerce platforms. In September, more than 2 million users a month were looking to buy a phone online, according to Daraz.pk, an online marketplace.

The smartphone market had been growing for the past few years because of Wifi Internet services, industry experts say, but the rollout of 3G and 4G services gave it a major boost, resulting in a sharp increase in the demand for devices, which are compatible with these technologies.

Customers demanding LTE handsets was the latest trend in the market soon after the launch of 4G service, according Arsalan Siddiqui of Jibran Electronics, a mobile phone retailer at Feroz Electronic Market. Retailers at Karachi’s electronics market say the demand for high-end mobile phones surged following the launch of 4G but these handsets are mostly sold to corporate clients. Bulk of their sales still come from low-end devices with prices ranging from Rs10,000 to Rs20,000.

Keep smartphones away for travelling smart

Low-end Chinese mobile phones and local brands such as Qmobile, Huawei, Voice and G5, sell like a hot cake, they say.

According to PTA, 21% browsing of ecommerce websites is done through smartphones or tablets mostly by younger population – those aged between 18 and 34 years of age – taking the online retail through a boom.