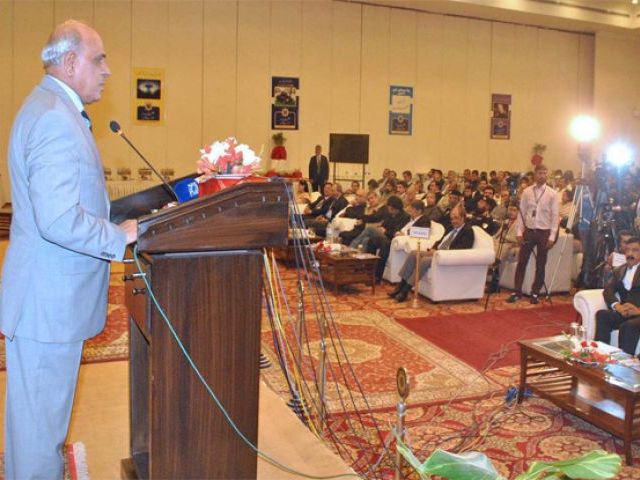 LAHORE: The role of individuals is as crucial as that of public institutions in connection with effective implementation of law, Governor Rafique Rajwana said on Thursday.

The governor made the remarks at a seminar on traffic discipline and safety organised by National Highways and Motorway Police at a local hotel. Praising NHMP for its integrity, discipline and high standard of service delivery, the governor called it a role model for other public institutions. Rajwana said one could note a marked difference in drivers’ attitude once they embarked on the motorway in Islamabad and exited it at Thokar Niaz Beg in Lahore.

The governor said while building capacity of public institutions was crucial, securing citizens’ cooperation to ensure effective implementation of law was equally pivotal. Rajwana said leaders should strive to maintain a stellar conduct to compel others to follow in their footsteps. The governor said leaders could not use any excuse including the terrorism threat to justify flouting law.

The governor said the NHMP’s role would witness a manifold increase following the completion of the China-Pakistan Economic Corridor. Rajwana called on the civil society and the public in their individual capacity to bring about positive social change. He appealed to them to refrain from placing the onus of “everything” on the government. The governor said that while the government welcomed criticism, it had to be constructive to facilitate positive change.

NHMP IG Salim Bhatti said the department had completed 18 years of excellence this November. He said the NHMP had served the people around-the-clock over the timeframe and transformed policing standards. Bhatti said the department had promoted and acted in accordance with the values of honesty, courtesy and service. He said NHMP officials conducted themselves as friends and mentors of the people.