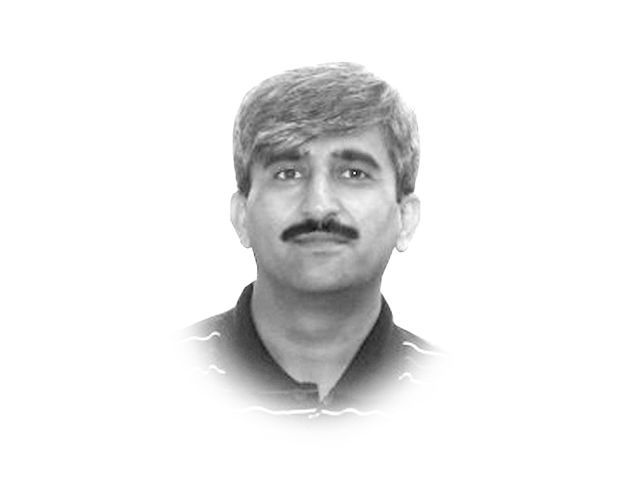 The writer is a human rights activist and development practitioner with a Masters in Human Rights from the London School of Economics. He tweets @amahmood72

How many of us know that there was a National Plan of Action for Children that was adopted in 2006; that there is no independent National Commission on the Rights of Children; that 352,000 children in Pakistan die before their fifth birthday; that 45 per cent of children are malnourished; that there is a need to protect children belonging to marginalised groups from violence, forced marriages and forced conversions; that the Prohibition of Corporal Punishment Bill is still pending; that the minimum legal age for criminal responsibility is still only seven years; that the minimum age of marriage for girls is still 16 (except in Sindh); that no specific programmes have been initiated for children with disabilities to enable them to enjoy their rights and to prevent their marginalisation and abandonment.

We all know that budgetary allocation for children is still a mere six per cent of GDP. Pakistan has the highest bottle-feeding and lowest exclusive breastfeeding for six months rates in South Asia. No child labour survey has been conducted since 1996 and no specific measures have been taken to combat the sale of children, child prostitution and child pornography. There is still denial regarding the perpetration of child sexual abuse despite scandals like Kasur surfacing.

These are just a few of the issues included in a list prepared by the UN Committee on the Rights of the Child, which was drawn up between October 5-9. The Committee has requested the government for written replies vis-a-vis this list before March 1, 2016. This is part of the scrutiny of the states that are a party to the UN Convention on the Rights of the Child (UNCRC). They are required to submit periodic reports focusing on the implementation of the Convention every five years. The government submitted its fifth periodic report to the UN Committee on May 23, 2015, which was actually due on December 11, 2012. The Pakistani civil society was also invited to submit alternative reports by June 30, 2015 and many organisations submitted their various alternative reports. A plenary session is due to be held between May 17 and June 3, 2016 where the government will be scrutinised for the state of child rights in Pakistan by the Committee. Following the plenary session, the Committee will adopt concluding observations and recommendations for the government and other stakeholders to follow.

Having a look at the government’s report, as well as the alternative reports submitted by the civil society, one realises that Pakistan is still far from achieving any significant milestones in making rights enshrined in the UNCRC a reality for the children of the country. The federal and provincial governments must immediately address the issues that have been raised. All pending bills related to children must be enacted, including the National Commission on the Rights of the Child Bill, the Child Protection (Criminal Laws) Amendment Bill, the Child Marriages Restraint (Amendment) Bill and the Prohibition of Corporal Punishment Bill.

At the provincial level, Sindh needs to ensure implementation of the Sindh Multi-Sectoral Nutrition Strategy, the Sindh Protection and Promotion of Breastfeeding and Child Nutrition Act 2013, the Sindh Right to Free and Compulsory Education 2013 and the Sindh Child Marriages Restraint Act 2014. Notification of rules of business and budgetary allocations with robust monitoring systems should be put in place immediately in accordance with the UNCRC. The Punjab Commission on the Rights of the Child Bill must also be enacted and an independent commission should be established for the protection of child rights. Punjab should also enact comprehensive child protection legislation as the current Destitute and Neglected Children Act 2007 is limited in scope. Similarly, Khyber-Pakhtunkhwa (K-P) should immediately enact the K-P Right to Free and Compulsory Education Bill and the K-P Child Marriages Restraint Bill. K-P should make sufficient budgetary allocation for the implementation of the K-P Child Protection and Welfare Act 2010, to establish a child protection system in the province. It should also implement the K-P Borstal Institutions Act 2012 and establish such institutions for juvenile inmates in Bannu, Peshawar and Haripur. Balochistan needs to enact the long-awaited Balochistan Child Protection and Welfare Bill and the Balochistan Child Marriages Restraint Bill.

I hope that by June 2016, when the concluding observations and recommendations will be adopted by the UN Committee on the Rights of the Child on Pakistan’s fifth periodic report, the National Commission on the Rights of the Child Bill would have been enacted and that a commission would have been established to ensure effective implementation of the concluding observations and recommendations of the Committee. This could play a huge role in improving the state of child rights in Pakistan.

A game of thrones