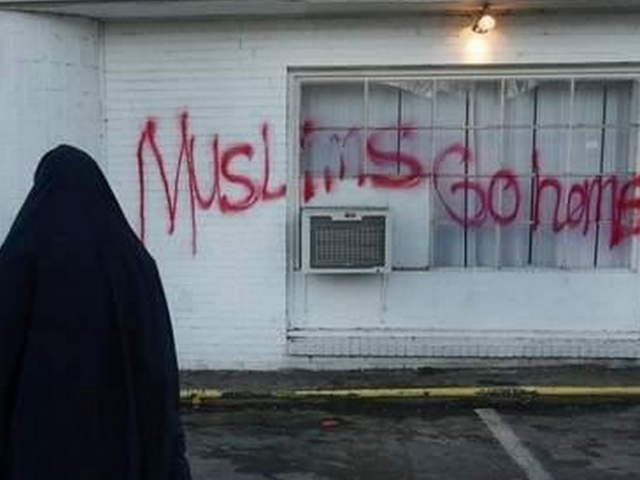 'Discriminatory behaviour towards Muslims is the largest contributing factor to their deteriorating mental health' PHOTO: THE ODYSSEY ONLINE

Muslims around the world have to deal with a spate of hate comments everytime there’s a terrorist attack by self-proclaimed guardians of Islam. Researchers say the negative reaction following such attacks is taking a toll on the mental and physical health of Muslim-Americans.

A report published in ThinkProgress quotes a 2012 study by a group of Norwegian psychology professors: “Studies have shown that many Muslims not only experience religious discrimination in their daily lives, but are fully aware of their devalued position in society.”

The report also states that the discriminatory behaviour Muslims have to deal with on a daily basis is the largest contributing factor to the deteriorating mental health of Muslims living in the US.

Quoting a 2011 study on Muslim-Americans, the report states that majority of the Muslims felt safer before the 9/11 attack. However, after the attack 82 per cent of them felt extremely unsafe. Research indicates many of those people later developed Post-Traumatic Stress Disorder due to the anxiety and abuse.

Another study conducted in 2013 on Muslim women living in the UK — who were victim to Islamophobic attacks — said that these women “expressed feelings of humiliation, anger, sadness, isolation, and disgust”, and are scared of leaving their homes.

Reza Aslan versus Bill Maher: Learning the crucial difference between culture and religion

Islamophobia has also spread to medical settings, discouraging many Muslims from going to clinics. Although this may be subconscious, many doctors do not realise that their Muslim patients may be suffering from constant stress of living in a biased country, claims the report.

“Clinicians must recognise the types of microaggressions their Muslim clients may experience in their everyday lives, as well as potential microaggressions that may occur in therapy,” advises a 2012 report published in the Journal of Muslim Mental Health.

Assumptions and biases on the part of a doctor can lead to a misdiagnosis or misunderstanding of the patient’s problems. For instance, “If a non-Muslim female psychologist assumes that a hijab is oppressive against women, she may unconsciously try to steer her client away from covering, instead of understanding the significance of the hijab in her Muslim client’s life,” says the 2012 study.

The report published in ThinkProgress claims that Muslims also face insufficient physical medical care due to the unconscious bias. The report says it’s important to note that Muslim culture is not known to many, due to which many physicians can overlook their lifestyle, birth-customs and dietary habits, leading to dangerous medical advice.

Trump considers getting ‘rid of’ Muslims when president

“Prior to 9/11, there was virtually nothing published that related to the mental health of Muslims in the United States,” said Mona M Amer, a professor of psychology at the American University of Cairo, in a 2011 interview. “After that, there has been a handful of studies.”

What piqued our interest at FPW