Obesity can spread through social networks

Obesity can spread through social networks 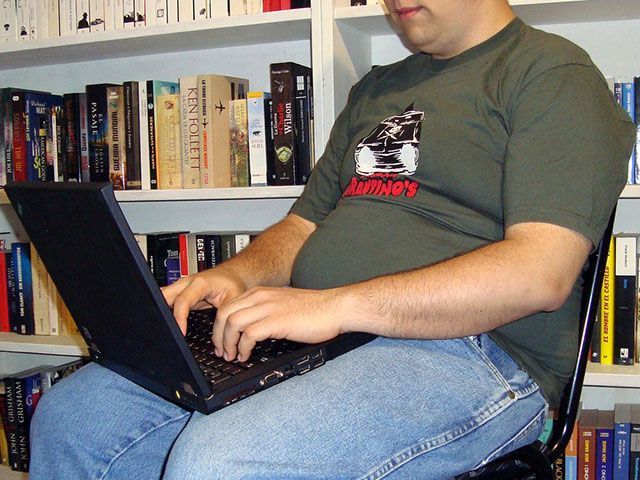 The memory of one individual can indirectly influence that of another via shared social connections. PHOTO: DEVIANTART

NEW YORK: Any information on social networks is contagious because it not only affects emotions, but can also trigger the spread of real-world human behaviour like smoking and obesity, researchers say.

“In large social networks, our model demonstrated that information is ‘contagious’ in much the same way that behaviour seems to be contagious,” said one of the researchers Suparna Rajaram of Stony Brook University in New York.

Obese people may be afflicted with ‘food addiction’

“These results suggest that information transmission is a critical mechanism underlying the social transmission of behaviour,” Rajaram noted.

Using advanced computer modelling, the researchers found that the memory of one individual can indirectly influence that of another via shared social connections.

The researchers incorporated well established cognitive processes into computer models capable of simulating groups much larger than those typically seen in laboratory research.

Sweets can help you stay in shape: Study

They looked at how information flows within groups that ranged from two to 500 people. Then, to see how information would spread throughout a large group, the researchers created a model that placed individuals into large, realistic networks and allowed them to interact with their “neighbours.”

As one might expect, the results showed that direct neighbours showed more similar knowledge than did individuals who were indirectly linked through a shared neighbour.

However, the individuals that shared a neighbour, but who never interacted with each other, showed more similar knowledge than those who were separated by two people in the network.

This suggests that a shared neighbour acts as a go-between, transmitting information to the individuals on either side, allowing them to indirectly influence each other.

“Taken together, the findings of the current study leverage laboratory results and explanations to develop a much-needed theoretical account of behaviour in large social networks,” the researchers said.

The findings were published in the journal Psychological Science.