140 grams of heroin seized at LUMS

140 grams of heroin seized at LUMS 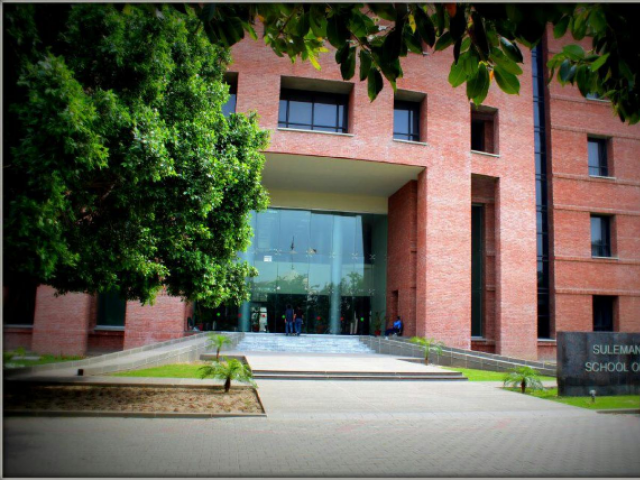 LAHORE: A spokesperson of the Lahore University of Management Sciences (Lums) confirmed reports of seizure of heroin from university premises late Wednesday night.

In a written statement, the spokesperson said heroin was seized by Lums security as a vehicle was exiting university premises and not inside the boys hostel as some media reports had suggested.

However, the spokesperson admitted that on average one to two cases of narcotics were caught by the administration every year.

The statement also clarified that the amount of drugs seized was exaggerated by some media outlets.

“The size of the seizure was less than 150 grams, and can be verified with the Anti Narcotics Force (ANF) records,” the spokesperson said.

“The search and seizure was made precisely because Lums security was aware of the presence of an outsider at our hostel. The university then contacted the Anti Narcotics Force to process the case,” he added.

An official of the ANF confirmed a suspect was arrested after Lums administration contacted the force.

The official said 140 grams of heroin was seized by one Shahid, who was caught by the university security and handed over to the ANF.

He added that an FIR had been registered against the accused, who is currently on physical remand.

The spokesperson also refuted reports that Lums administration was conducting raids on hostels and a search operation was being carried out.

“As with many campuses, no doubt there may be a small scale problem. The university is aware of this challenge and we monitor the situation constantly,” the spokesperson added.

Tons of narcotics burnt in capital

“As a result of this vigilance, we identify one to two cases of narcotics use by students every year on average, from a campus community of 5,000 students”.

“We believe narcotics is a present problem on all campuses nationally and indeed worldwide. The best approach is to address this challenge and not to ignore or hide the issue.”