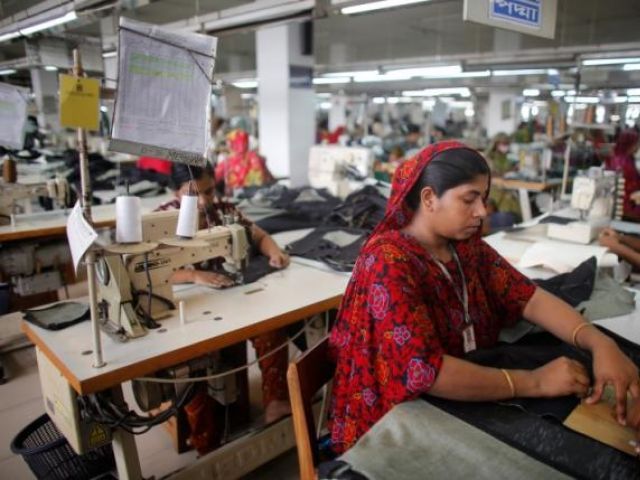 DHAKA: The International Labour Organisation (ILO) said on Friday 80 per cent of export-oriented ready made garment (RMG) factories in Bangladesh needed improvement in fire and electrical safety standards despite a government finding most were safe.

A spotlight was thrown on Bangladesh’s garment sector, the world’s second biggest which supplies many global brands, after the collapse of a factory complex in 2013 in which more than 1,100 people were killed.

Despite a program of inspections since then, Srinivas B Reddy, Bangladesh country director of the ILO, said most factories needed to improve fire safety and electrical systems before they could be declared safe.

“Eighty per cent of factories, almost all of them will require fire and electrical remediation,” Reddy told Reuters.

“There is a need for every factory to come up with a corrective action plan,” he said, adding that work to ensure safety in the crucial sector should be completed without delay.

Syed Ahmed, the inspector general of factories, said on Monday more than 80 per cent of Bangladesh’s garment factories supplying global retailers had been found to be safe, citing improvements made after the 2013 disaster.

Ahmed, asked about Reddy’s assessment on Friday, said more than 80 per cent of factories were structurally sound though he acknowledged that many needed work on fire safety and electrical systems.

Following the 2013 disaster, the government met employers, unions and the ILO and agreed that all export-oriented RMG factories needed to undergo inspection for structural, fire and electrical safety.

Ahmed said about 1,500 factories had been assessed under the program, supported by the ILO.

Reddy praised the effort but said it was critical for it to be completed.

“What has happened in Bangladesh is unique, nowhere else has an entire sector undergone inspection,” Reddy said.

“We are only now at the mid-point. There are still residual risks and all of the inspection reports show what needs to change.”

Thirty-seven factories have been closed and 36 partially closed after failing their inspections, he said.