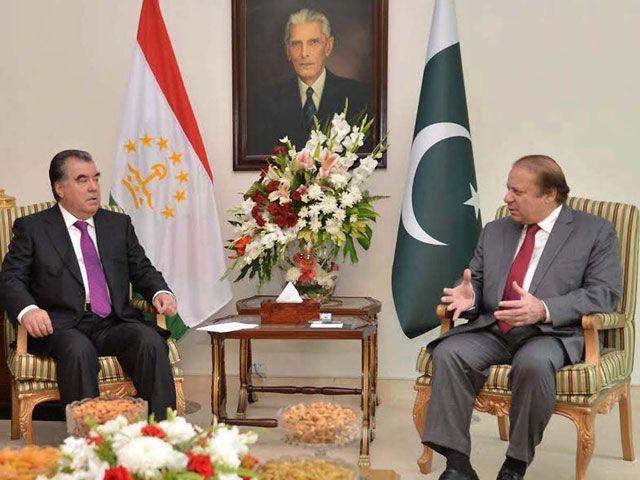 “Pakistan is keen for implementation of Casa-1000 project, and hopes the project will be completed by 2018,” Radio Pakistan quoted Prime Minister Nawaz Sharif as saying during the delegation-level talks between Pakistan and Tajikistan in Islamabad.

The Pakistani delegation was led by PM Nawaz Sharif while his Tajik counterpart President Emomali Rahmon led the other side in a meeting, which explored ways to promote bilateral cooperation between the two countries in diverse fields.

Energy, economic ties to figure prominently in talks with Tajikistan

Tajikistan President Emomali Rahmon is in Islamabad on a two-day visit, which is his sixth trip to Pakistan.

The two sides discussed ways and means to enhance cooperation in energy, security, trade, cultural and communication fields besides exchanging views to increase people to people contact between the two countries.

Earlier, upon his arrival, Emomali Rahmon was given an official reception at the Prime Minister’s House. The Tajik president was also given a guard of honour during which national anthems of both the countries were played.

Diwali: A festival of lights in the city of lights