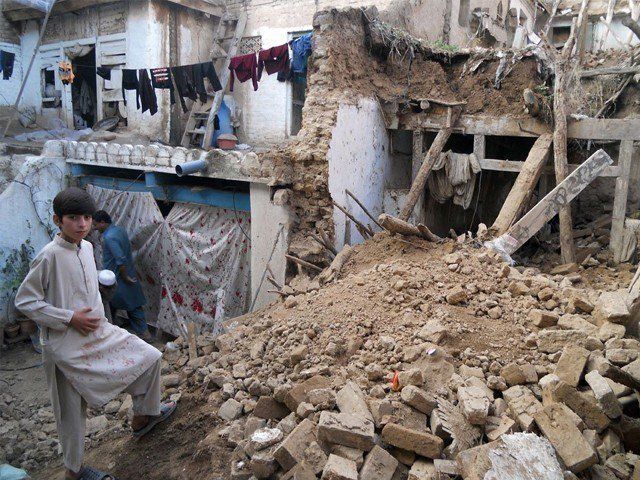 ISLAMABAD: The devastating October 26 earthquake has claimed 280 lives so far, a majority of whom were children and women, according to a preliminary report of the National Disaster Management Authority (NDMA) issued on Monday.

According to the report, the 7.5 magnitude tremor, that shook parts of the country, claimed the lives of 94 children, 75 women and 72 men.

Over 200 killed in Pakistan as 7.5-magnitude earthquake strikes

The highest number of deaths was reported from Khyber-Pakhtunkhwa where the toll has climbed to 232. Of them, 77 were children, 62 women and 55 men followed by the Federal Administrated Tribal Areas (Fata) where 17 children, eight women and five men have died.

NDMA officials said that relief efforts are under way and supplies are being distributed among the quake affected people. However, harsh weather conditions are creating hurdles in this regard.

Talking to The Express Tribune, Ahmed Kamal, NDMA member, said that homes are dispersed and located two to three kilometres apart. “It has become difficult for us to access houses located on hilltop and we are making efforts to reach there to provide relief goods to people.”

He also said that relief activities have been completed in a majority of the areas and early assessment is under way.

Meanwhile around 93% families, who have lost their loved ones in the tremor, have received compensation, the NDMA member added.