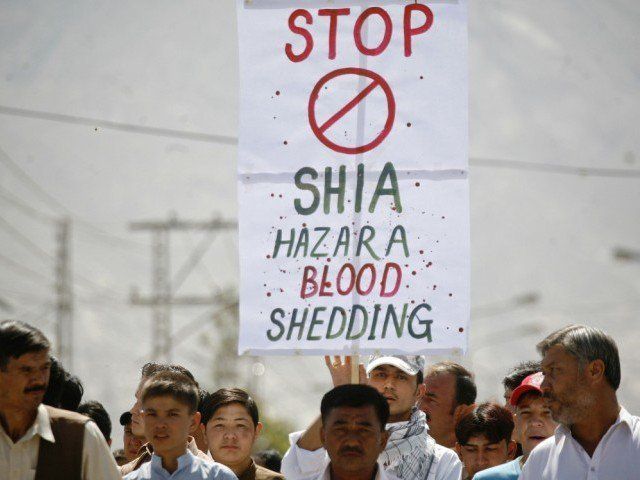 Two unknown gunmen sprayed bullets on the van in which Izzatullah and Hussain were travelling, said police official. PHOTO: REUTERS/FILE

The attack took place as two members of the Hazara community were travelling from the city centre of the provincial Quetta city to their home in the suburban Hazara town.

“Two unknown gunmen sprayed bullets on the van in which Izzatullah and Muhammad Hussain were travelling,” Mukhtar Ahmed, chief of the local police station, told AFP.

“Izzatullah, who was driving the van was killed at the spot while Hussain died on the way to hospital. The gunmen fled from the scene after firing,” Ahmed added.

“Two Hazara brothers were fired at on Friday near the same locality of Hazara town and one of them was killed while another is seriously injured. Likewise another member of the community was killed on Wednesday when he arrived at his auto workshop,” Khattak said.

Provincial home secretary Akbar Durrani said authorities were concerned about the spate of attacks that appear to be targeting the Hazaras.

Members of the Hazara community have long been targeted by militants. In early 2013, more than 180 people were killed in two suicide bombings in Quetta in one of the bloodiest attacks on the Shia minority.

Sectarian violence — in particular that carried out by militants against Shias, who make up roughly 20 percent of Pakistan’s population of 200 million — has claimed thousands of lives in the country over the past decade.

There was a lull in attacks earlier this year after the Pakistani military launched a major offensive against militants across the country, blocking their sources of movement, communication and funding.

In July the leader of an anti-Shia group behind some of Pakistan’s worst sectarian atrocities was killed in a shoot-out with police, along with 13 other militants.

Balochistan province, of which Quetta is capital, is rife with sectarian and separatist insurgencies. The mineral-rich province has long been targeted by militants, and has been the scene of several attacks against the Hazara Shia community in previous years.