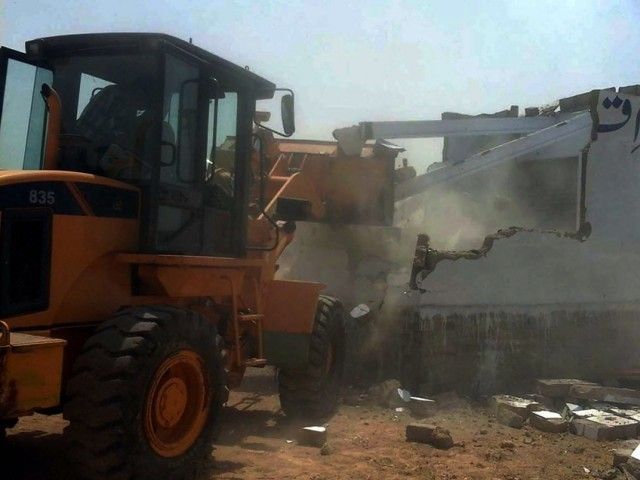 PESHAWAR: Staff of Pakistan Railways’ anti-encroachment department had to face stiff resistance on Tuesday when an operation was launched against traders in Hashtnagri Pathak. The latter have allegedly encroached upon land on both sides of the railway tracks.

As a result of the scuffle, police arrested several shop owners for not complying with orders to vacate the land.

A railways official, requesting anonymity, said the operation was carried out after law-enforcement agencies declared the area around the tracks as “sensitive”. He said, “The markets established illegally along the rail routes pose a grave threat to the security of the passengers and people living in the area.” He added encroachment also hinders the flow of train traffic; a cause for concern.

The official said property along the tracks was occupied in Nothia, Firdous, Hashtnagri, Board Bazaar, Karakhano and other vicinities.

He said when the railways team reached the site and ordered the shop owners to clear the land, they argued, demanding officials provide an alternative venue to run businesses. Upon refusal, the encroachers reportedly manhandled the railways crew, injuring some of them. Soon the police was called; several shopkeepers were arrested and the drive was halted.

“These areas have been declared as the most sensitive – a plan has been made to clear all encroachment. The traders are the biggest hurdle in the way, attacking and injuring railways’ staff,” added the railways official.