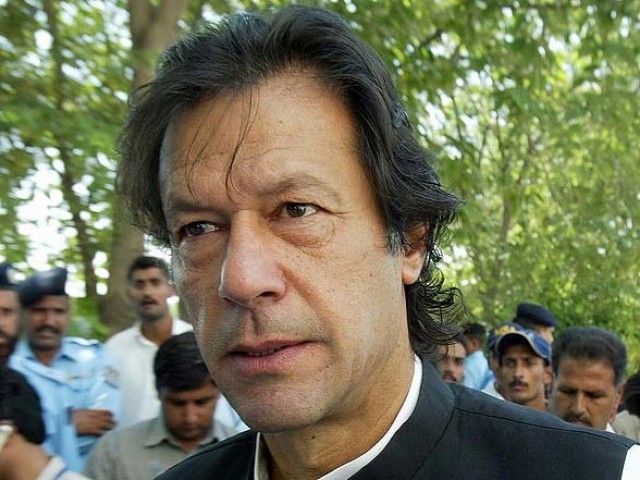 Tehreek-e-Insaaf chief says PML-N and PPP are hand in glove.

ISLAMABAD: Tehreek-e-Insaaf chief Imran Khan has threatened that his party will launch a ‘civil disobedience’ movement, if the incumbent rulers did not mend their ways.

Speaking to a mammoth public rally in Rawalpindi, the cricketer-turned-politician called upon people to support his party as the PPP-led government has failed to steer the country out of crises.

Khan claimed that the Nawaz League and the Pakistan Peoples Party have a secret agreement to support each other’s government in Punjab and at the Centre for five years.

Calling the recent increase in the prices of petroleum products as “economic murder” of people, Khan said the PPP-led government could not offer relief to people.

The Rawalpindi administration did not allow the PTI to stage a rally at Bani Chowk. However, organisers arranged a trailer to serve as a stage for speakers.

Khan accused the Nawaz League of double-standards. “On the one hand the PML-N condemns the increase in petroleum prices, while on the other hand its government in Punjab denied us permission to stage a protest rally,” Khan said.

The PTI chief said the PML-N wasn’t a “friendly opposition” rather it was hand in glove with the ruling Pakistan Peoples Party.

“The two parties have a secret agreement. The PML-N will allow the PPP-led government at the Centre to complete its five-year tenure. And in return the PPP will let the PML-N government in Punjab to complete its tenure,” he claimed.

Khan said that Nawaz Sharif, who heads the second largest party in the country, was paying only Rs5,000 income tax. He called upon his supporters to unite against this ‘corrupt system’ and for heralding a revolution in the country.

Khan came down hard on Nawaz Sharif and President Asif Zardari and said that people would hold all those politicians accountable who transferred money to foreign banks.