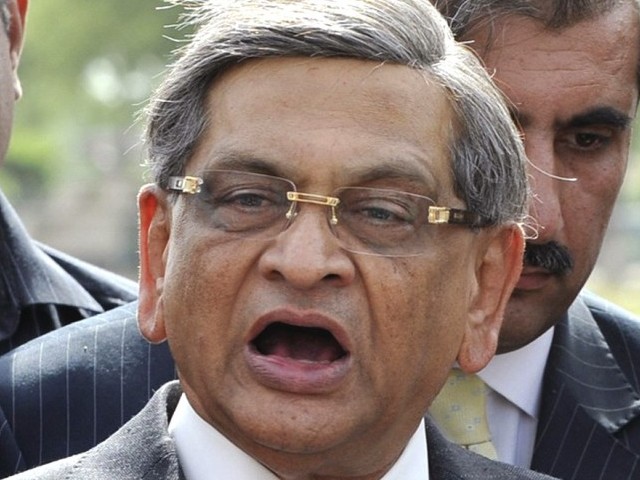 India on Monday alleged that Pakistan is compulsively hostile, adding that the attitude does not help a “serious and sustained” dialogue between the two countries, the Press Trust of India (PTI) reported.

Noting that the country “walked the extra mile in reaching out” to its neighbours, External Affairs Minister SM Krishna said: “We earnestly hope that our neighbour would see the merit in constructive engagement and discard the posture of compulsive hostility.”

During an interview to PTI, the minister said: “Our only expectation from Pakistan is to dismantle the terror infrastructure that operates from the territories under its control. A serious and sustained dialogue can thrive only in a peaceful and terror free climate.”

On the visit of his Pakistani counterpart Shah Mehmood Qureshi to India, Krishna said, “I look forward to his visit,” but refused to comment whether it will be this month as indicated earlier. He also noted that India was willing to discuss all issues with Pakistan through a bilateral dialogue.

In a year-end review of the foreign policy and challenges before India in 2011, Krishna touched upon India’s relations with immediate neighbours, country’s growing economic ties with ASEAN and Korea, and the support India has received for its bid for permanent membership of the UN Security Council.

Despite differences on a host of issues with China, including Beijing issuing staple visas to residents of Jammu and Kashmir, Krishna said the two countries have a “better understanding of each other’s positions and concerns.” “We also have the confidence, resolve and mechanisms to address our differences peacefully and in a mature manner,” he said. We are committed to cordial and cooperative ties with our neighbours based on the principles of equality, non-interference and mutual respect, Krishna added.