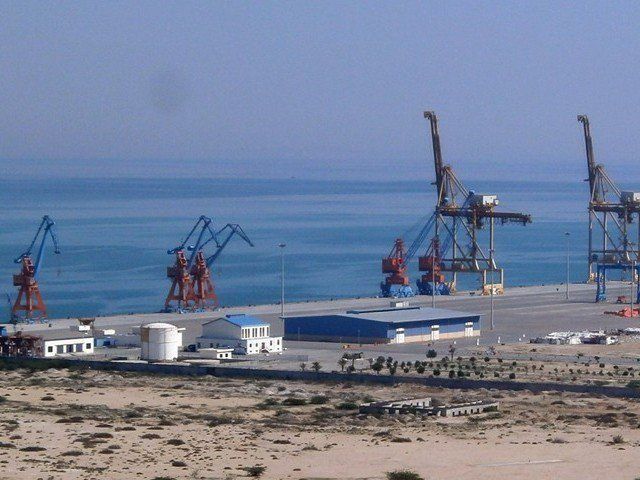 Pakistan and China have agreed on a four-layer security plan for over 3,000km-long trade route that will connect the Gwadar port to China’s north-western Xinjiang province.

“We are going for a four-layer plan for the China-Pakistan Economic Corridor (CPEC), integrated with a new security policy,” said a senior security official, who attended a meeting in China last month. “An estimated 32,000 security personnel will guard over 14,321 Chinese workers engaged in some 210 small and mega projects in Pakistan.” Before this decision, a three-layer security plan was envisioned, he said.

The fresh plan of providing security to Chinese nationals includes over 500 Chinese security personnel for capacity-building of the newly-raised special force as well as local police to better guard the sensitive routes surrounding the port, added the official. “The Chinese are pretty much satisfied with the new security plan,” said CPEC Project Director Maj Gen (retd) Zahir Shah.

According to this plan, Balochistan would get more security, as six wings (5,700 personnel) of the Frontier Corps, 3,000 police constables and 1,000 Levies personnel would guard all the routes, disclosed an official at the Ministry of Interior. He said the Pakistan Marines and the border security forces would also guard the port and its adjacent routes.

More than 3,500 policemen, 900 Rangers, 4,100 private security guards and 740 Askari Guards would protect various projects linked to the economic corridor in Punjab, he said.

China calls for improved security for its workers engaged in CPEC

He said the military was setting up a special security force (nine battalions) comprising an estimated 12,000 personnel, who would be inducted into the special division to be headed by a serving major general.

“NADRA would maintain the record of Chinese nationals residing in or visiting Pakistan, and would share its records with all the federal and provincial authorities of the country,” said an official spokesman for the interior ministry.

“For Pakistan, it is a do-or-die situation,” former chief of NACTA, Hamid Ali Khan said.