While she did not get a party ticket, PPP Senato­r Islamu­ddin Shaikh promis­ed to get her a reserv­ed seat
By Our Correspondent
Published: November 1, 2015
Tweet Email 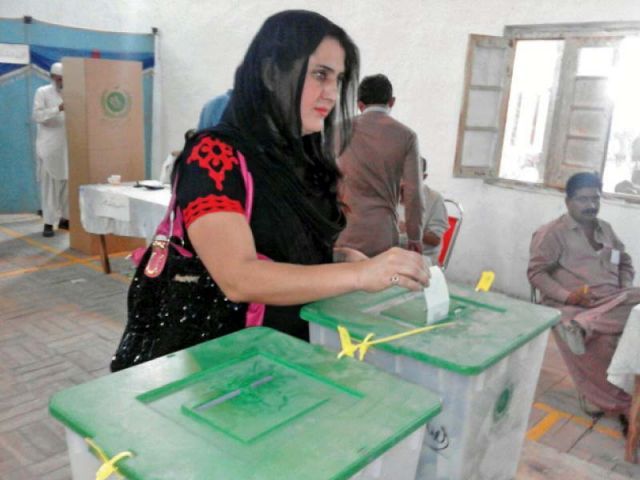 Fakir is respected by people for working not only for the rights of transgender people but also for the patients of acquired immune deficiency syndrome (AIDS) in the Sukkur region. She was the first to establish a computer training centre for the transgender, where people belonging to her community are trained free of charge. She also runs a welfare association, which serves the public without any discrimination.

For the first phase of local government elections, Fakir had filed her nomination papers for the membership of Sukkur Municipal Corporation and was optimistic that PPP will give her a ticket for the purpose. However, she did not get a party ticket. Instead, Senator Shaikh called her to Sukkur House and promised to get her a reserved seat in the Sukkur Municipal Corporation. This was despite the fact that, according to the rules, reserved seats can only be given to women or minorities.

Transgender people say they are seen as sex workers, entertainers

Fakir is hopeful about getting a seat in the municipal corporation as has been promised by the senator. She spoke to The Express Tribune on Saturday after casting her vote in the Railway Officer’s Club polling station. She said that if she is given a reserved seat in the SMC, she will try her level best to come up to the expectations of the people. “I know that there are no reserved seats for the transgender but I am hopeful of making history by getting one,” she said.

Fakir said she does not believe in hollow promises and, therefore, will not make promises. However, she assured that she wants to serve the public. She said that candidates make promises before elections and, when elected, they forget everything including the voters. “But I promise to deliver whatever I can,” she said. “We need sincere and dedicated leadership to solve the problems of the citizens on priority basis. Pakistan has given us recognition and much more, therefore, we should keep the country’s interest above all.”