Next steps: No compensation can mitigate victims’ loss, says Sherpao

Next steps: No compensation can mitigate victims’ loss, says Sherpao 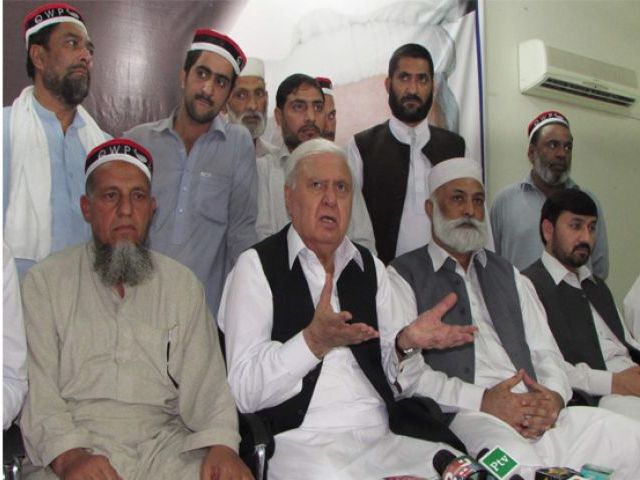 PESHAWAR: Qaumi Watan Party (QWP) Chairman Aftab Ahmad Khan Sherpao has said the compensation packages announced for earthquake victims were not sufficient to mitigate losses. “Even so, the government should ensure timely disbursement of funds to facilitate bringing life to normalcy in the affected areas,” he said.

According to a handout, the QWP chairman was addressing a joining ceremony at Watan Kor on Friday, where he declared it was a government’s primary responsibility to help and assist its citizens during a time of devastation. “All political parties should come together in this critical time to support victims of the earthquake without bringing in political objectives,” said Sherpao. He assured victims his party would continue struggling for early rehabilitation and reconstruction.

Sherpao reiterated his stance to establish a cabinet committee to oversee human and property losses and expressed solidarity with victims of earthquake in Afghanistan.  He prayed for an early recovery of all those injured and expressed sympathies for families who lost their loved ones in the disaster.

The chairman also spoke about continued violations by the Indian Army at the line of control. According to Sherpao, “Pakistan has always advocated for establishing peace in the region, however, Indians should not consider this as a weakness on our part.” He added Pakistan had the capability to counter any enemy aggression and asked the federal government to take effective measures to counter any negative action taken by the neighbouring country.

Expressing his view on Pakistan-Afghan relations, Sherpao said the impasse between Afghanistan and Pakistan has also affected plans for US to withdraw the allied forces from Afghanistan. He added both nations should improve government-to-government ties and create space for people-to-people contacts to flourish across the border.

Sherpao further said that incidents involving militants had decreased within the country but that did not mean the menace is over. He asked the government to focus resources on this issue to ensure safety and security for all locals.