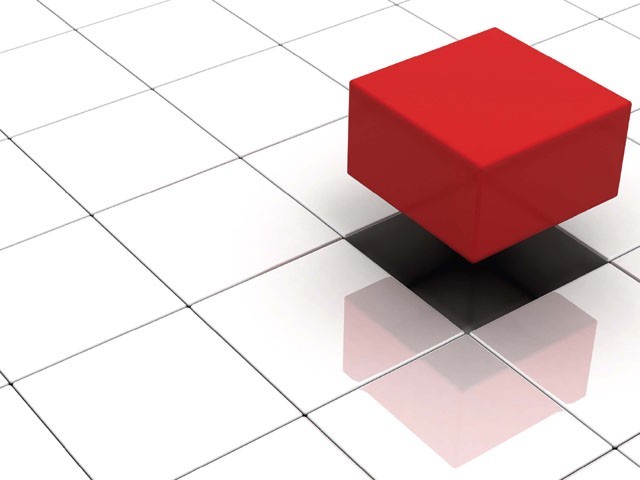 Creating your own market instead of competing in existing ones. DESIGN-ESSA MALIK

When Christopher Columbus set out to sail, he did not know he would discover the Americas, or for that matter whether he would find any land at all. The idea was to go where no one had gone before in hopes of finding what no one else had found.

The blue ocean strategy is aptly named because it advocates a similar concept where businesses explore new horizons rather than pursuing existing ones.

Apple’s iPod is the prime example of a product that is a result of pursuing this strategy. When it was first launched, the iPod offered the easiest way to purchase individual songs online and enjoy music on the go through a simple process. Instead of competing with other music players, Apple created a new market altogether for trendy players that doubled as fashion statements.

In the same vein, the Nintendo Wii gaming console was also a brand new product that did not go after existing markets. Instead, the Wii created its own market and successfully exploited it. Had Nintendo decided to compete with Sony’s PlayStation or Microsoft’s Xbox, it would have been a constant uphill battle. The Wii console faced little, if any, competition because it offered a unique gaming experience.

Businesses employing such an approach may even not have a fully formed competitive strategy because there is no direct competitor – at least initially. Instead, the focus tends to be primarily on marketing, distribution and pricing.

Pricing in particular is just as critical as it is tricky. Determining what consumers will be willing to pay for a product that has not previously existed is much more difficult than studying competitor prices and then discounting by five per cent. The pricing strategy tends to have a singular focus: finding the perfect equilibrium that will allow mass markets to be captured.

Although there was no other gadget that customers could compare the iPod with, the price still needed to match what they were accustomed to paying for high-tech gadgets.

The second goal of pricing is to keep margins at a reasonable level so as not to invite too much competition. A ‘red ocean’, in contrast, is the opposite of an uncontested market – rife with competition and industry pressure.

For this reason, discovering blue oceans requires a certain level of innovation. But once a new market is established, businesses in these markets enjoy unfettered growth and can easily establish themselves as leaders in a market they created in the first place.

In Pakistan, however, very few have successfully innovated and created new markets and most industries are characterised by intense competition.

The success of one company that did employ the blue ocean strategy and enjoyed tremendous success is worth mentioning. Trakker Private Limited introduced a simple product that allowed customers to track their vehicles in a bid to protect against auto theft. Since no such product existed before, the only decision for potential customers was whether they wanted to install the device or not.

Imitators did soon follow but Trakker had already captured majority of the market share by then. Arguably, the company could have done more to protect its business from future competition but, by and large, operating in an uncontested market allowed the company to achieve unhindered growth.

As evident, the strategy is hard to sustain in the long run because imitation products are certain to follow. When Apple first launched its full touch-screen, the iPhone, it quickly locked in a five-year exclusive contract with AT&T to protect its uncontested market space.

Early on, analysts saw the iPod as a one-trick pony but they realised saw that Apple has a field of ponies waiting to be unleashed. The company epitomised the strategy by continually expanding its horizons, first through the iPhone, then through the iPad. In the process it has redefined the computing landscape.

The company is also notorious for secrecy and has been rumoured to ditch suppliers that have failed to keep a lid on its product pipeline. This ensures that the market remain uncontested for quite some time after the product is launched and the element of surprise also means that the competition will scramble to come out with an imitation that will not be as good due to the time constraints and lack of planning.

Similarly, Trakker took the market by surprise and it would be years before another company could offer a similar product. It used this time to establish its brand and market leadership, making it more difficult for the competition to enter the market it had created.

Nonetheless, numerous untapped markets still exist in the country given the lack of development and technological integration. Whether these can be identified and exploited is the real challenge for any would-be blue ocean strategists.