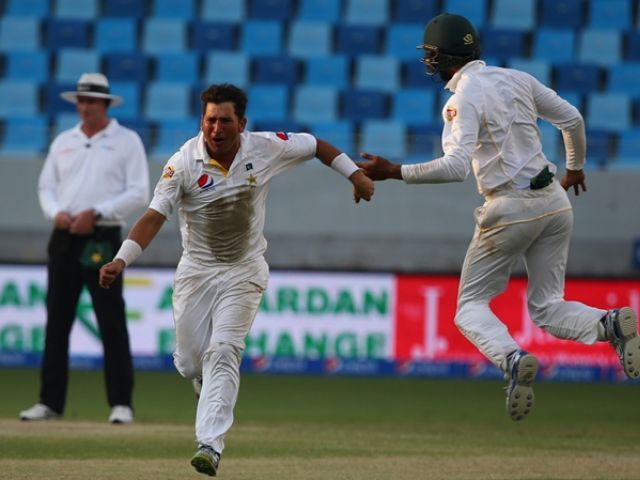 Pakistan star leg-spinner Yasir Shah has jumped up to the number two spot following his heroics in the second Test against England at Dubai.

Yasir picked up eight for 180 in Pakistan’s 178 runs victory, which has earned him 25 points. This has, in turn, enabled him to leapfrog the pace trio of England’s James Anderson and Stuart Broad, and New Zealand’s Trent Boult.

Given that Yasir is still in the qualification period for bowlers, it is likely that he will be able to further reduce the 78-point gap with world number-one Dale Steyn if he puts up another solid show in the Sharjah Test against England which starts on November 1.

Pakistan has now presented itself with an excellent opportunity to claim second position in Tests if they go on to win the third Test against England in Sharjah.

Conversely, if England draws level, then both the sides will retain their pre-series rankings and points. England will drop to fifth, in the case of a draw, to push both Pakistan and India one place up.