Kabul will now have to come up with a strate­gy to re-initia­te peace proces­s
By Tahir Khan
Published: October 24, 2015
Tweet Email 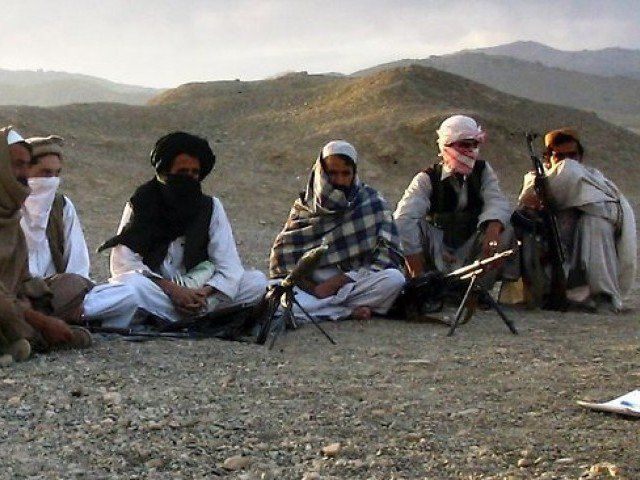 Kabul will now have to come up with a strategy to re-initiate peace process. PHOTO: AFP

President Barack Obama and Prime Minister Nawaz Sharif’s call for Afghan Taliban to hold direct talks with the government is a logical approach to end the nearly 15-year conflict.

A vast majority of Afghans believe the intra-country dialogue is the only viable option which should be supported by all major players. They feel Afghans can find a solution to their problems if allowed to sit face-to-face with the other side, without any foreign intervention.

Both sides would, however, need the facilitating role of countries directly or indirectly involved in the conflict.

Obama and Nawaz, who met at the White House on Thursday, called on “Taliban leaders to enter into direct talks with Kabul and work towards a sustainable, peaceful settlement,” according to the joint statement issued after the meeting. Both leaders “expressed their commitment to advance an Afghan-owned and led peace and reconciliation process between Kabul and the Taliban.”

On his part, Obama “commended Pakistan for hosting and facilitating the first public talks between the Afghan government and the Taliban in July 2015 and highlighted the opportunity presented by Pakistan’s willingness to facilitate a reconciliation process that would help end insurgent violence in Afghanistan.”

Pat on the back

Mushahid Hussain, chairman of the Senate Defence Committee, says “Pakistan’s role as a pivotal player in promoting peace in Afghanistan is recognised, accepted and eagerly sought by Washington.”

He pointed out the US too has recognised the Taliban as a stakeholder in a sustainable peace settlement for Afghanistan. “The US has finally accepted the road to durable stability in Afghanistan can only be achieved through an Afghan peace process, involving both the Kabul government and Taliban leaders,” Hussain told The Express Tribune. “The military option is now a tried, tested and failed option,” he said.

“Given that US troops will continue to be in Afghanistan beyond 2016, Washington too will now have to take responsibility for what happens in Afghanistan, rather than just blaming Pakistan alone, as was the case in the past. Pakistan’s importance for US strategic regional interests has been enhanced in this context,” he said.

Obama’s backing of Islamabad’s peace efforts could mount some pressure on the Afghan leadership to focus on the peace process as active American involvement is key to push the process forward.

The Taliban have repeatedly said they are willing to hold talks; though first with the US to settle some issues which include a timeframe for the ‘invading forces’ to leave; release of their remaining detainees; and removal of their leaders’ names from UN sanctions lists.

Former president Hamid Karzai was right to argue the US and Pakistan are the major players to help achieve peace with the Taliban. If the US can hold secret talks with the Taliban [for release of their held soldier Sergeant Bowe Bergdahl in May last year], then the American leadership should be able to do the same for the sake of Afghans who have been suffering from war since the Soviet occupation in 1979.

The Taliban have not yet responded to the Obama-Nawaz calls, however, they hinted at readiness to hold negotiations and opposed a military solution shortly before Obama’s decision to extend the stay of foreign forces.

As the US and Pakistan have urged Taliban to join the intra-Afghan dialogue, the onus is now on Kabul to come up with a strategy on how to end the negotiation deadlock caused by Kabul’s wrong timing to reveal the death of Taliban supremo Mullah Omar.

Ghani has not yet appointed a new chief for the High Peace Council mandated for talks with armed opponents. The post has been empty since Salahuddin Rabbani was confirmed as the country’s foreign minister. This lacklustre approach justifies the notion that some powerful elements, such as certain warlords, prefer war than peace.

Hidden legacy: The cream of the crop