Honda says to put self-drive car on road by 2020

Honda says to put self-drive car on road by 2020

Honda is challe­nging rivals Toyota and Nissan which are also bettin­g on the future of autono­mous vehicl­es
By AFP
Published: October 21, 2015
Tweet Email 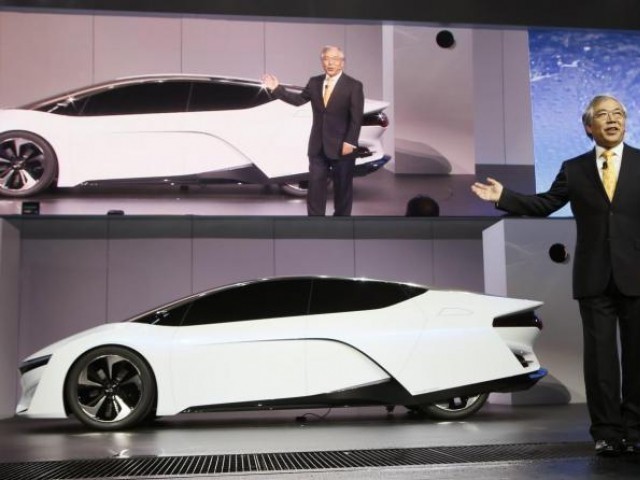 TOKYO: Honda said Wednesday it would put a commercialised self-driving car on the road by 2020, challenging rivals Toyota and Nissan which are also betting on the future of autonomous vehicles.

The announcement, ahead of the Tokyo Motor Show next week, comes as Japan’s auto giants step on the accelerator in a bid to race past overseas competitors on the next-generation technology.

Google has been testing self-driving cars in Silicon Valley, as have US-based Tesla and General Motors, while Nissan has vowed to put an automated car on Japan’s highways as soon as 2016.

Earlier this month, Toyota unveiled a vehicle that can drive itself along a highway, with plans for a 2020 rollout.

In its current incarnation, the car only switches to fully automated mode once it reaches the less frenetic confines of a highway and passes a sensor.

Last week, high-end electric vehicle maker Tesla said it was taking a major step toward self-driving cars by installing new autopilot software in vehicles so they can automatically change lanes, manage speed and even hit the brakes.

Apple to release electric car by 2019

The car can also scan for available parking spaces, alert drivers when one is spotted and then parallel park on command.

GM — which is developing fuel-cell systems with Honda — is looking to commercialise self-driving cars by 2017.

Honda and GM are considering expanding the scope of cooperation in research and development to include self-driving technologies and other areas, a Honda spokesman said Wednesday.

Three-foot-tall militant barely as tall as his Kalashnikov