Human trafficking: Starting over after 25 years in captivity

Human trafficking: Starting over after 25 years in captivity

Saleem­a was abduct­ed when she was 9; sold off, impris­oned and raped 2 years later.
By Owais Raza
Published: January 1, 2011
Tweet Email 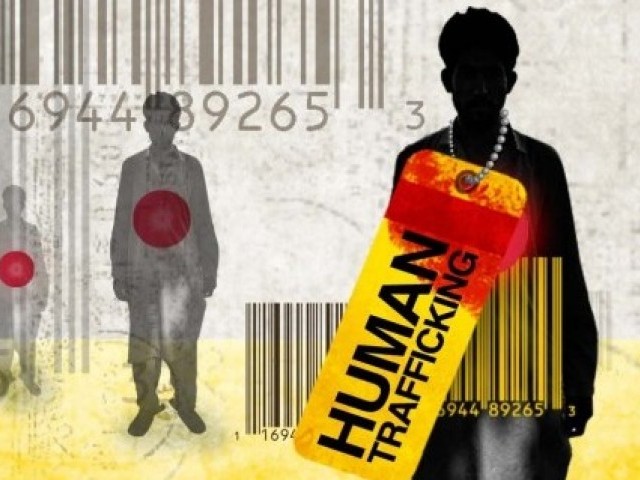 Saleema was abducted when she was 9; sold off, imprisoned and raped 2 years later.

MULTAN: A woman who was kidnapped 25-years-ago escaped and returned to her family on Thursday.

Kamaliya resident Saleema, was kidnapped from Bhutta Ikram 25 kilometres from Vehari when she was nine-years-old. Muhammad Hussain Din, Saleema’s father said that his daughter was taken by local landlords Muhammad Sardar and Ataa Muhammad and that he and his family repeatedly tried filing a case with the police but they did not take any action.

“We didn’t know if she was dead or alive or even where she was,” said Saleema’s mother Noor Bai. Her sister Haleema told reporters that her mother and she had tried searching for her for several years. “After my sister was kidnapped my mother had a heart attack. She was in the Vehari hospital for nearly three months but the police didn’t do a thing to help us,” Haleema said.

Saleema told reporters that after she was kidnapped and held for two years until she was eleven. Saleema was then sold off for Rs5,000 to a human trafficker Iqbal. “Iqbal and his sister Anum cuffed my foot with chains and kept me locked in a room for nearly a year. He raped me nearly every day,” she said, adding that the family made her do chores and stitch their clothes during the day while she was locked up. “A year later he began telling people in the area that he was my husband even though there was no ceremony,” Saleema said. Saleema was thirteen when she gave birth to her first child and by the time she was fourteen she had two children.

“He still kept me in chains. It had been nearly two years and I had begun working in the house when he finally opened my cuffs,” she said. “He thought that I would not leave because of the children but I tried to escape many times,” she said, adding that when Iqbal discovered her attempts to escape he tortured her.

“He broke my bones and cuffed me in the room again. I don’t really know how long I was in there. I lost count,” Saleema said, adding that she had three more children while she was in captivity.

Saleema was imprisoned for over 25 years. Her legs gave out due to disuse and she developed severe muscular problems. “After a while I couldn’t walk properly. I wouldn’t have been able to run away even if I wanted to,” she said.

Saleema’s father Muhammad Din died 6 months after she was kidnapped because the police refused to help him locate his daughter. “We filed an application with the City Police but no action was taken eventually we stopped going to the police station,” her sister Haleema said. Haleema said that the family had received death threats from the landlords and several neighbours told them that if they didn’t drop the case ‘even worse things would happen to her’.

Saleema’s family said that the police department and investigator’s changed every few years and they were unwilling to take on such an old case. On Tuesday, Saleema was sitting outside with her children when Iqbal left the house for work. “He forgot to lock me up that day and just left and my children helped me call a neighbour,” Saleema told reporters. Saleema said she sold off some jewellery in the house to secure a ride to her hometown in Kamaliya and took her children with her.

“When I reached home I still couldn’t walk but my children and I found our old house and I saw my mother sitting in the courtyard. It was the best day of my life. I recognised her immediately even though I hadn’t seen her for 25 years,” Saleema said.

Saleema has filed an application with the Danewaal Police Station but the SHO Sadiq Baloch initially refused to take any action. Saleema and her mother then filed an application with the Vehari District and Sessions Judge Mujahid Mustaqeem Ahmed who asked the SHO to submit the report on the case in three days. “I want Iqbal and his family to hang for what they have done to me. He stole my life,” Saleema said.

On the other hand, police officials have said that Iqbal has escaped from the area. Two police teams are currently searching for his whereabouts. Saleema has also appealed to the Punjab chief minister to take action against the gang of human traffickers involved and has appealed for financial assistance so that she can get treatment for her paralysis.