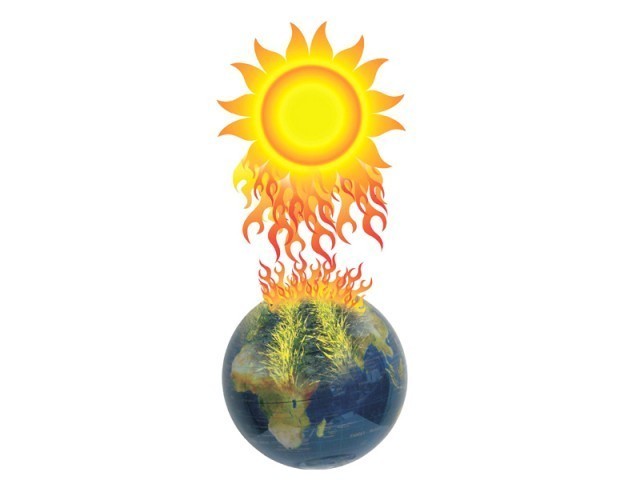 The country missed the October 1 deadline for submission. PHOTO: FILE

GUANGZHOU/ISLAMABAD: Climate change experts have expressed concerns about Pakistan for not submitting its Intended Nationally Determined Contributions (INDCs) within the given timeframe.

They said climate change was not only an environmental issue a development and economic challenge which has a potential to aggravate many challenges. They also claim that the country has the potential to achieve its INDC target, due to recent efforts toward creating an energy mix.

These views came at the second training workshop for journalists, prior to the UN Climate Change Conference in Paris (COP21) between November and December this year. The workshop was arranged by the German organisation Heinrich Böll Foundation (HBF) on Saturday.

World Meteorological Organisation Vice-President Dr Qamaruz Zaman Chaudhry pointed out that the intensity of increasing temperature and the projected recession of the Hindu Kush Himalaya glaciers are some of the major climate change challenges facing the country.   “If glacier reserves are disturbed, it will impact the global system; affecting water, food and energy security,” said Chaudhry, who is also the former director general of Pakistan Meteorological Department.

Chaudhry said Pakistan was the lowest per capita emitter, ranking 135, and ranking 30th in total emissions. He said the though the country was unable to submit its INDCs by the October 1 deadline, it planned to submit its 10 per cent emission reduction plan by 2030.

“We are trying to move towards an energy mix; it will not be difficult for Pakistan to achieve its INDCs target,” he said optimistically.

French Embassy Political Officer Nathalie Dupont said that there was a need for a new agreement after 2020.

“The Copenhagen conference was a kind of failure, but we have some hope of successes as the US and China for the first time talked about climate change issues,” Dupont said, adding that India had submitted its INDCs.

She said that Prime Minister Nawaz Sharif speaking of COP21 was a good message. She encouraged the country to submit its INDCs, adding that civil society was very active, with around 600 people attended a climate change conference organised by the French Embassy in Lahore recently.

Earlier, HBF Country Director Marion Mueller said greenhouse gas emissions between 2000 and 2010 were the highest in human history, adding that there was an urgent need to close the gig-ton gap between current 2020 emission reduction pledges and a safer two degree centigrade consistent emission pathway.